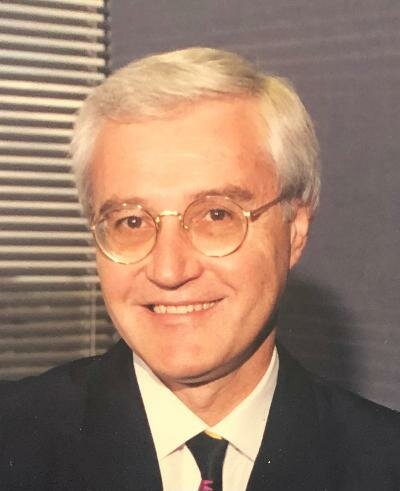 Richard Elliott Jacobson of St. Petersburg , Florida entered into rest on January 8th at the age of 79.

Cherished grandfather of Justin, Jordan, and Eric Jacobson and Ethan and Casey Killeen.

Richard "Dick" Jacobson was raised in Hartford, CT and after graduating from Hillhouse HS, Dick attended the University of Michigan.

Dick, along with his brother Marty, then went on to found Mr. Panel a successful chain of building supply stores based in Longmeadow MA while starting his family. Mr. Panel was eventually sold to Pet Inc which prompted a family move to Florida.

Dick and his brother then capitalized on their lifelong passion for sports and founded Nutmeg Mills; a leader and innovator in the licensed apparel industry.  The brothers grew the company from just a few employees to over 2000 worldwide. While taking the company public along the way Nutmeg Mills was one of the first large scale success stories for the Bay area. As a NYSE entity Dick held the position of CEO and Chairman of the board until the company was sold and he retired in 1994.

Dick loved nothing more than being surrounded by his family and hearing all of their accomplishments.  He was very fortunate to have many friends to discuss his love for sports.

Dick will be sorely missed by all who have loved him through the years.

A service on Sunday, January 16th at 11:00 AM will be held outdoors with masks preferred at:

In lieu of flowers, the family requests those who wish to express their sympathy, make a donation to their favorite charity.

The care of Mr. Jacobson and his family has been entrusted to David C. Gross Funeral Home in St. Petersburg

Share Your Memory of
Richard
Upload Your Memory View All Memories
Be the first to upload a memory!
Share A Memory