Personalized service options allow you to honor your loved ones in a way that is both meaningful and healing. We hope to provide support and caring while delivering memorial services that celebrate life and help families find the peace they deserve.

If you’re seeking an honorable celebration of life, we invite you to learn more about where we came from, our vision, and the dedicated people behind our work.

A History of Caring 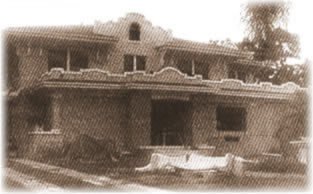 Rich in history and serving families throughout the Tampa Bay area, the David C. Gross Funeral Home is proud to have been selected over the years to serve thousands of families.

We have always believed that everyone, regardless of their faith, social status or circumstances, deserve unwavering respect and dignity throughout their entire funeral process. It is this principle that has earned David C. Gross Funeral Home its excellent reputation.

A Long And Rich History 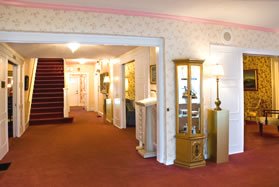 St. Petersburg was a very small city in 1953 when the stately residence at the corner of Central Avenue and 64th Street was converted into a neighborhood funeral home. It was the perfect location, as it was situated on the main trolley and bus route that served the expanding areas of West St. Petersburg, Gulfport, South Pasadena, St. Petersburg Beach and Treasure Island.

Over the years, the funeral home has served area families under such prestigious names as Fred H. Kenfield, Wilhelm-Thurston, and C. James Mathews. Since 1979, it has been serving families under the direction of St. Petersburg native David C. Gross.

In 1982, Mr. Gross expanded by purchasing the Downs-Ford Funeral Home in downtown St. Petersburg where it had operated since 1952. Its operations were merged into the Central Avenue facility in 1990 after the building was sold to an ophthalmic surgery group.

In 1991, Mr. Gross again expanded by purchasing the Robert D. Easter Funeral Home in the neighboring town of Gulfport. The Gulfport Chapel was only two miles from the larger St. Petersburg facility, and it eventually was merged in 1997.

Our Staff’s Dedication to Respectful Care

A funeral, or memorial service, should provide family members and loved ones with the chance to reflect, remember, and celebrate a life well-lived. Our goal is to create exceptional services and experiences that fulfill the wishes of your loved one. Our experienced Funeral Directors provide guidance on the crucial first steps toward healing.