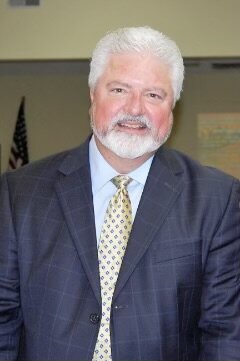 Over the past few years he has sadly succumbed to continued failing health-related issues, and after months of suffering physically, his will to live suffered the most.  He prayed every day for God to heal Him or take him Home to be with Jesus!  In the end his faith for the latter was stronger and God answered his prayers.

Joe VanKoevering is now in Heaven, his ultimate goal.

He is rejoicing there with his parents, David and Rebecca VanKoevering, as well as one of his mentors, Dr. Jack Hayford, an international Foursquare leader, of Van Nuys, California, who also graduated to Heaven a few days earlier!

He is survived by his wife, Kaye VanKoevering and his children:  Charity, from St. Petersburg, and Jeremy (Wife: Pam), and only grand-daughter, Sydni, (his favorite person) of Plantation, Florida.

He is also survived by his sister Debbie and brother-in-law Craig Brown, of Virginia, and their daughter Cosa (Caleb) Walsingham of Alabama.

Pastor Joe preached wonderful sermons, did many great things in his 60 years, but he would say without a doubt that accepting Jesus as his personal Savior at an early age and faithfully serving Him all the days of his life was first and foremost.

Those years of service included being involved heavily in every area of the ministry, God’s News Behind the News for many years however, Joe and Kaye VanKoevering took over the international television ministry of God’s News Behind the News when Kaye’s parents and founders, Ray and Darlene Brubaker stepped down from the role of leadership in 2000.

For over 35 years , Dr. Joe and Kaye VanKoevering have also been involved in and eventually exclusively hosted the annual world-renowned event known as the “International Prophecy Conference”.

Joe had a burning love for Israel and the Jewish people for many years and was able to visit and minister in his beloved Holy Land at least 14 times. He was an outspoken supporter of Israel, even meeting with Israel Prime Minister Benjamin Netanyahu.

However, he would say that above all of the things he has been able to do in his lifetime, he would say that he fulfilled his highest calling when he became the Beloved Pastor of Gateway Christian Center in the city of St Petersburg, and joined the Foursquare Denomination “family” almost 30 years ago.

And even though he was able to serve the Foursquare denomination as the last Foursquare Supervisor for the State of Florida before they switched to regional supervisors and during his term he faithfully served & supported many Foursquare Pastors and ministers throughout the State of Florida and was grateful for the experience, his one true love was his own congregation of Gateway Christian Center.

Pastor Joe was a living testimony of John 15:13 – “Greater love hath no man than this, that a man lay down his life for his friends.”  He loved people, and literally “never met a stranger.”  Everyone who knew him loved Pastor Joe as well.

He always proclaimed that he wanted his church, Gateway, to be the God appointed “Gateway to the City.”  He felt a deep responsibility and desire to bring the unity of other churches and other believers of all races, together.  He loved having Gateway, humbly but joyfully, participating in the annual MLK Parade (MLK was a huge hero to him!).

Perhaps his most cherished award that he ever received was the “Martin Luther King, Jr Drum Major for Justice Award in Religious and Community Service” presented to him in 2011.  The award reads, “For his involvement in countless initiatives to eliminate the color line between those inside and outside the Christian Community in the spirit of Dr. Martin Luther King, Jr.  He is synonymous with the efforts of Dr. King to reach out and embrace people of diverse cultural, ethnic, religious and racial derivations in his evangelistic crusades.”

That was easily one of Pastor Joe’s greatest achievements when they presented him with that award for his part in bringing communities together – his highest goal! And he also had the privilege to say that his church congregation proved that reality (not an easy feat in his city)!  All people were welcome to his church and loved by Pastor Joe without exception!  He always said, “my church looks like heaven!”

His “family” was Gateway Christian Center.

In lieu of flowers, donations can be made in his honor at godsnews.com and select the “donate” button to offset service expenses.

God’s Word says it best…. “Brothers and sisters, we do not want you to be uninformed about those who sleep in death, so that you do not grieve like the rest of mankind, who have no hope.  For we believe that Jesus died and rose again, and so we believe that God will bring with Jesus those who have fallen asleep in him. According to the Lord’s word, we tell you that we who are still alive, who are left until the coming of the Lord, will certainly not precede those who have fallen asleep.  For the Lord himself will come down from heaven, with a loud command, with the voice of the archangel and with the trumpet call of God, and the dead in Christ will rise first. After that, we who are still alive and are left will be caught up together with them in the clouds to meet the Lord in the air. And so we will be with the Lord forever. Therefore encourage one another with these words. 1 Thessalonians 4:13-18”

To send flowers to the family or plant a tree in memory of Pastor Joe VanKoevering, please visit Tribute Store
Friday
3
February

Share Your Memory of
Pastor Joe
Upload Your Memory View All Memories
Be the first to upload a memory!
Share A Memory
Send Flowers