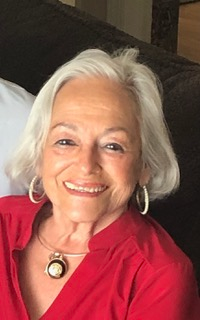 Judith Gascue Mouton, lately of South Pasadena, Florida, died peacefully surrounded by her family on Saturday, January 7, 2023.  Judith was born in Cuba December 24, 1932.  She married Oscar E. Mouton in 1957.  In 1961, Judith and Oscar escaped Cuba, with their nine month old son, Oscar G. Mouton, on a Pan American Airlines plane that had been highjacked and was being returned to the United States.  They initially lived in Miami, prior to settling in the Washington, DC area.  Starting in Hot Shoppes, Judith worked her way up, eventually retiring as the Director of International Finances, Planning and Controls for Marriott International Corporation.  She and Oscar returned to Miami once they retired.  Judith and Oscar loved to travel and take cruises, but the true love of their lives were their grandchildren, Olivia Rose and Diego Michael.  Judith will be greatly missed by her son, Oscar, his wife, Patty, and many friends and family members.  Judith’s funeral mass will be held at St. John Vianney Catholic Church, St. Pete Beach, FL, January 14, 2023, at 12:00pm.

To send flowers to the family or plant a tree in memory of Judith Mouton, please visit Tribute Store
Saturday
14
January

Share Your Memory of
Judith
Upload Your Memory View All Memories
Be the first to upload a memory!
Share A Memory
Send Flowers