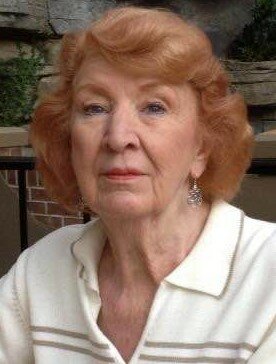 Our beloved mother and grandmother Jacqueline L Blasi passed away peacefully on June 2, 2022 after a brief illness.

Jacqueline “Jackie” was born on April 30, 1934. She was the only child of Carl W. Hansen and Muriel M. Hansen who both proceed her in death.

Jackie was married for almost 50 years to her husband Joseph N. Blasi who also proceeded her in death.

Jackie loved and cherished her family, and although she had the opportunity for a Broadway career, she often said the most important thing in her life were her children and grandchildren who brought her great joy and happiness.

Her two granddaughters Tiffany Higgins and Jennifer Prenatt (Cory) and her great grandsons Sean Higgins and Walker Olsen as well as many family and friends.

Jackie was singing and dancing on stage from the age of three, leading to a professional career in the performing arts. She was a dancer, choreographer, and director winning numerous awards. At the young age of 16, Jackie established a conservatory of music and dance. Jackie went on to dance, create, choreograph, and direct several productions during her lifetime. In collaboration with Bruce Pomahac (Director of Music for Roger’s and Hammerstein, New York) she co-directed several productions and helped create The Brothers and Sisters musical group.

Jackie also created the AC Sparkette’s , directed and choreographed Flower Drum Song, South Pacific, and other musicals for the City of Milwaukee, Wis.

She moved with her husband to St. Petersburg in 1971 and went on to a second career as a well respected, and recognized jeweler. She earned her G.I.A. as a diamond expert, won numerous awards, and was a manager for Girard’s and Bond Jewelers in Pinellas County.

In her later years, Jackie created The Five Towns Theater Group and just finished her last production on May 15, 2022.

Jackie was an amazing and talented woman, and a beloved mother who brought love and joy to all she knew. She will be greatly missed and held in our hearts and thoughts forever.

To send flowers to the family or plant a tree in memory of Jacqueline Blasi, please visit Tribute Store
Monday
6
June

Share Your Memory of
Jacqueline
Upload Your Memory View All Memories
Be the first to upload a memory!
Share A Memory
Send Flowers