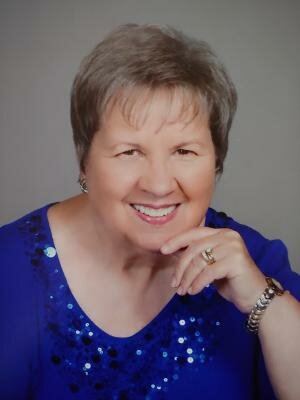 A sewing angel, Doris Ann Rudisill, came into this world April 3rd, 1941, in Morganton, N.C., to James and Dorothy Willets.

She graduated from Morganton High School in 1960. She began her college career at Lenoir Rhyne College, but a teacher from high school had suggested a degree in Home Economics after seeing her great aptitude for sewing. Lenoir Rhyne did not offer this degree and she transferred to East Carolina, where she would become president of AOII Sorority.

She met her future husband, Larry Rudisill when she was driving fellow classmates back home on weekends. Doris quickly learned she was from the same general Western North Carolina area as Larry, they would quickly find many common interests and friends…that, plus Doris was the only one with a car cemented their relationship.

Upon marriage in 1965, they piled into their Valiant and ventured down to Florida for honeymoon and new jobs. Settling into St. Petersburg both found teaching positions. Doris spent over 30 years of service in the Pinellas County School System. Her most favorite position though was teaching life skills to adults with disabilities at Directions for Mental Health.

On the side, she loved teaching adult sewing classes, and she formed several local sewing groups. Larry was a happy recipient of all her expertise, as well as many other friends and relatives. She continued in those groups for many years until Parkinson’s took its toll.

Doris was blessed with an infectious laughter which filled the room she entered, whether it was sewing, playing cards, or any social function. She was a joyful person!

On Thursday March 3rd at 80 years old, God needed his sewing angel to join him. The gal who had brought happiness and laughter to others peacefully and serenely answered His call. Looking at her remarkably wrinkle free face it was evident she had followed the adage that it takes fewer muscles to smile than it does to frown.

Left to cherish her memory are her husband of 56 years, Larry, one son Larry Jr. (Angie) and one daughter Pam Titlow (Jack). Also left are her two treasured grandsons, Hunter Rudisill and Jackson Titlow, two brothers Jim and Bill Willets.

The care of Mrs. Rudisill and her family has been entrusted to David C. Gross Funeral Home in St. Petersburg

Share Your Memory of
Doris
Upload Your Memory View All Memories
Be the first to upload a memory!
Share A Memory