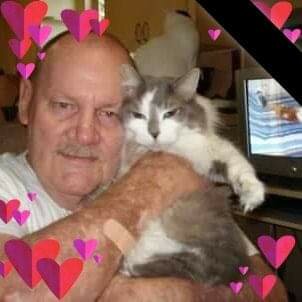 Price, Jack Edward, 85, of St. Petersburg, went to be with the Lord on February 10, 2022. Born and raised in Miami, FL, he joined the United States Coast Guard after graduating from Miami Edison High School. Jack went on to be a sergeant with the State Police and Wildwood Crest, both in New Jersey later retiring to St. Petersburg. Jack was an avid fisherman, he loved cats which led him to volunteer with the SPCA and a member of the American Legion. He was preceded in death by his parents, nephew, and great-niece. Left to cherish his memory are his siblings, Richard “Dick” Price (Twinkle), Sharon Anderson (Karl), Kathy Johnson (Gaylen); numerous nieces and nephews. Memorial donations may be made to the SPCA or the American Legion. A committal service with military honors will be held at Bay Pines National Cemetery on Monday, March 21st at 10am.