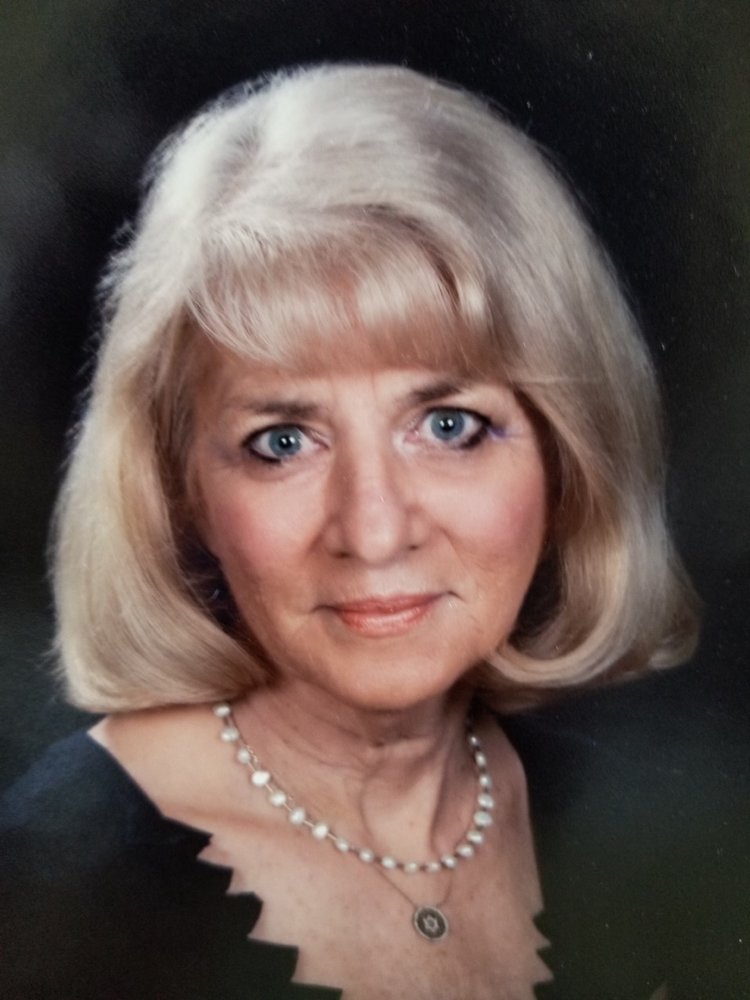 Elaine “Laney” Gayle Kay, formerly Elaine Gayle Berinhou,t Born In Montgomery, Alabama on March 23rd, 1943. Passed on July 4th, 2021 Married Alan Kay on February 7th, 1965. Survived by her loving husband of 56 years. Son, Kevin Kay, adopted at 2 ½ Years Old, but who died at 30, Kevin was single with no children. Laney's parents are Leo & Celia Berinhout (Dec.) Survived by her sister, Deanna "Dee" Shemaria, Pensacola, FL. who is a recent widow of Alfred Shemaria & Mother of Alan Shemaria & Shelly Landau and Dee’s Grandchilren: Jeff Landau, Philip and Cara Kayle Shemaria. Laney was born and raised in Montgomery, Alabama. Her parents, Leo & Celia were partners with Celia’s Brother Sam Senter and his wife, Ethel. Not only were they business partners, as they moved to then nicer side of Montgomery, they lived on Southmont Drive, just two (2) doors away from each other. So with the dual family toy store business and their shared rental homes, and only being separated by one house in the middle, Deanna and Laney Berinhout were best friends with their cousins, Sara Mae, and Gloria and their brother Jack Senter. Jack was the oldest, Sara Mae and Dee were in the middle and Laney and Gloria were the youngest. They went to same schools together, and to the same synagogue together, and in their spare time, they even worked in the toys store. Deanna and Alfred Shemaria were married very early and went to Europe where Alfred was in the service. Laney graduated in 1961 from Sidney Lanier High School with honors. She played the clarinet in a small orchestra. Back on her 16th birthday, her “Daddy” got her own brand new 1959 white Chevy Impala. Laney was accepted to University of Georgia. She was in the Delta Phi Epsilon Sorority. Her cousin Gloria followed her into the same school and sorority. Gloria met Bobby Miller there from Columbus, Georgia, where his parents Miller’s Delicatessen was the “best jewish deli in town.” (But in a small southern town like that, it was the only one.) For her junior year, Laney transferred to University of Florida to become a Gator in Gainesville, (and away from the “Bull” in Georgia.” Now she would be much closer to Jacksonville, (another “Cuzzin-Ville,”) where many of her father’s family lived and where he was raised after moving down south from Providence, Rhode Island, where he was born. So Leo had some “yankee blood.” Shhh, don’t tell anyone. And Jacksonville Beach was their favorite vacation destination. During the massive polio epidemic in Montgomery, they spent most of their time in Jacksonville. It was at University of Florida that Laney and Alan met. The lived in the same apartment building on the second floor, just 2 doors away. They were just friends at first and each knew the people the other one was dating. Then they got together and became serious. Alan was graduating for the UF Business School and was accepted to the Florida Law School and started there. They decided to get married and move to St. Petersburg, where Alan’s family had moved to from Detroit a few years earlier. So Alan applied to transfer to Stetson College of Law in Gulfport, a suburb of St. Petersburg. Laney and Alan were married at Agudath Isreal in Montgomery on February 7th, 1965, which was a Saturday. Alan had already rented and apartment in Gulfort and the got there on Sunday and he stared at Stetson the next day on Monday. In 1969, they adopted Kevin Michael Kay. He was 2 ½ years old. He went to school at Congregation B’Nai Isreal, then to the Pinellas County Jewish Day School and then to Shorecrest Prep School. He was not married nor had any children when he died in 1996 at the age of 30. Laney was a teacher in the public schools for over 30 years and then at the Pinellas County Jewish Day School, and then at the Hillel School in Tampa and then retired from formal teaching. She was a recipient of one of the top ten Teachers of the Year in Pinellas County. But she was very active with the Florida Holocaust Museum and B’Nai Israel Pre-K program. She authored the instruction manual to the Museum’s “Stand Up Speak Now” Program and taught classes all over Pinellas County. She was a docent to the FHM and a major volunteer. Laney had a bout with leukemia cancer many years ago and was in remission for almost 6 years before other cancers got to her 2 years ago. She wanted pass quickly and quietly, which she did. She had signed up for Hospice ironically on Kevin’s birthday, June 9th. Alan was her sole care giver here at home. And she had asked people to not make a big fuss about her passing. She was loved by all and loved them back and had said good bye to many over the past few months.

The care of Mrs. Kay and her family has been entrusted to David C. Gross Funeral Home.

Share Your Memory of
Elaine
Upload Your Memory View All Memories
Be the first to upload a memory!
Share A Memory