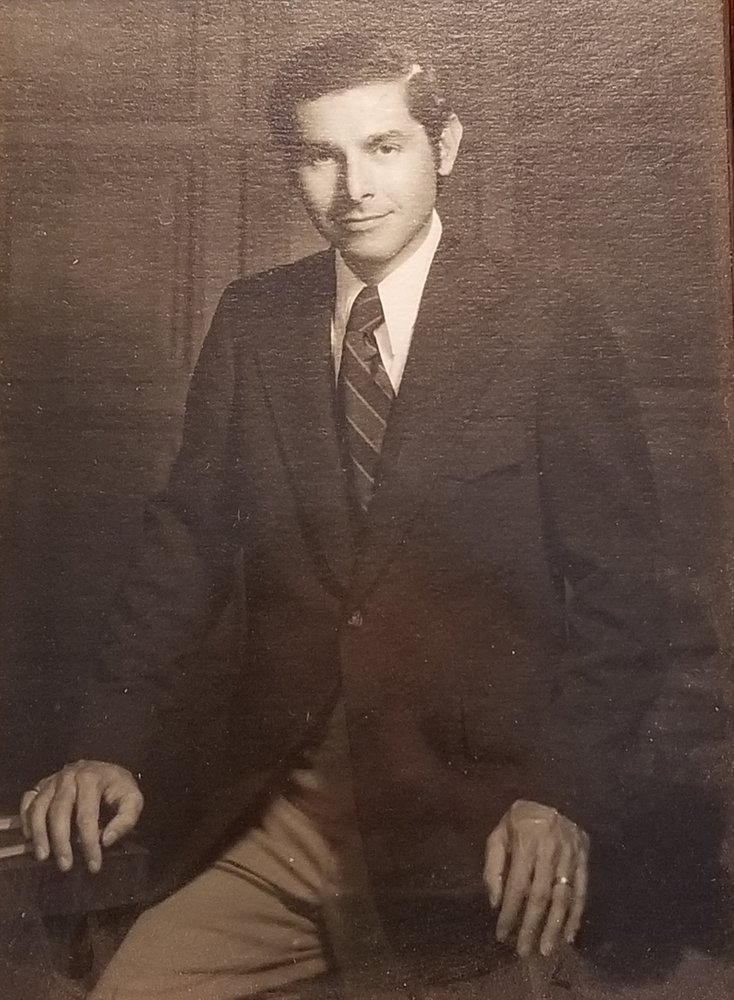 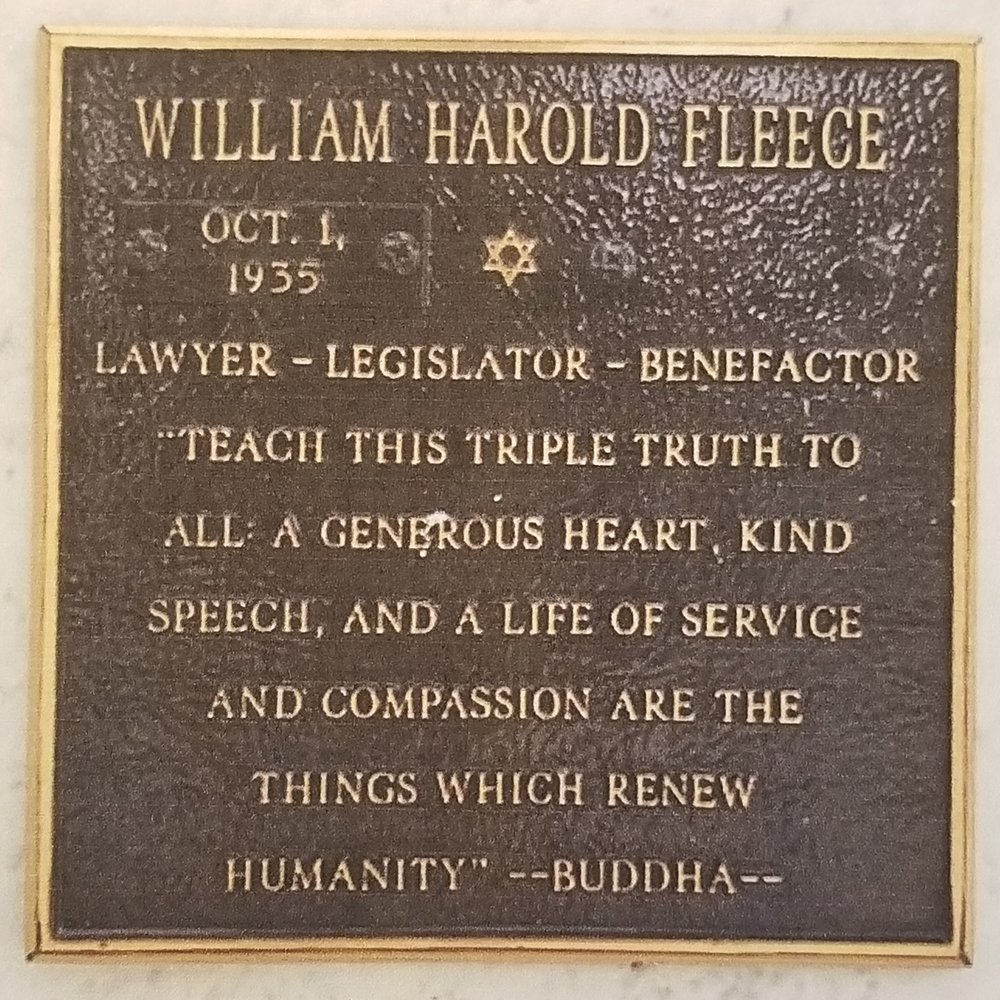 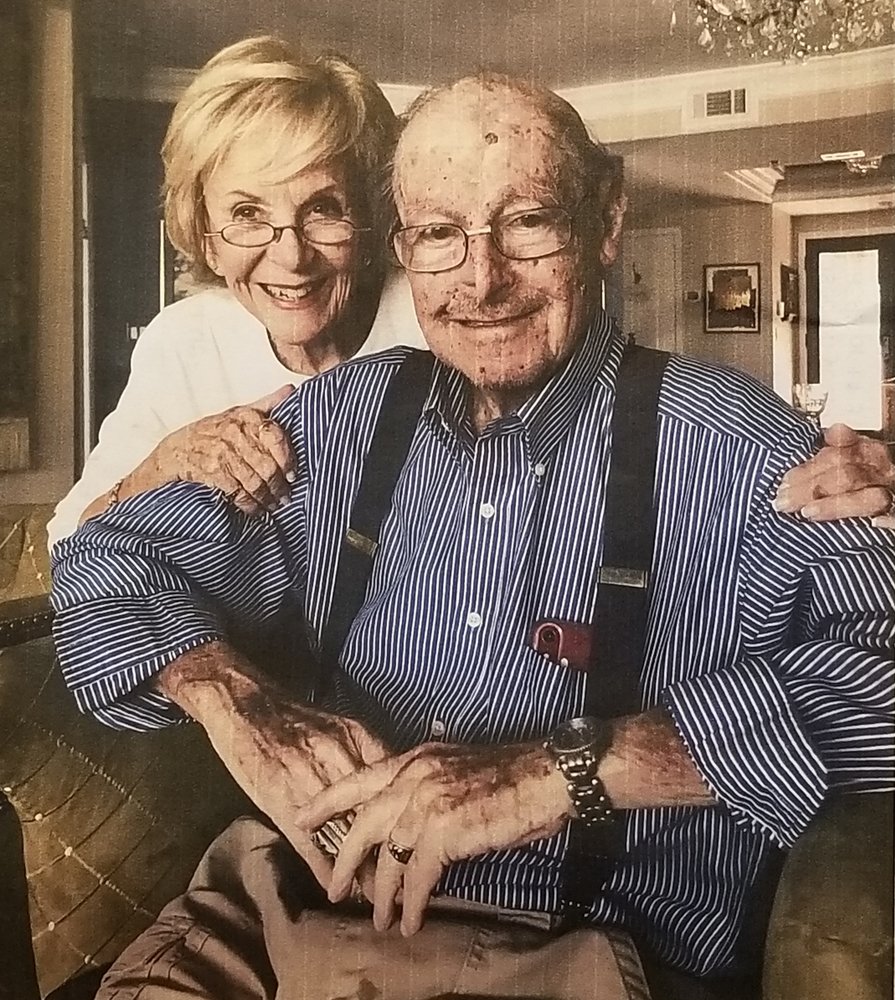 William H. Fleece, a former Florida Legislator from St. Petersburg, and formerly a part time resident of York, Maine, completed his design on life’s trestle board died on October 27, 2020 in Tampa Florida and moved on to the celestial lodge above after a courageous battle against Cancer.

Bill was born on October 1, 1935 in Pontiac, Michigan. He was adopted by Moses H. Fleece and Jeanette Stein Fleece of Portsmouth, Ohio.  Last year, through DNA, Bill learned that his birth father was David Caplan, was a famous jazz band leader in Canada and England in the 1920’s, under the name of “Dave Caplan’s Toronto Band,”and who was friendly with the Duke of Windsor. Caplan also recorded numerous jazz music in the early 1900’s.  Bill grew up in Portsmouth until his freshman year at Portsmouth High School.  In 1947, the family moved to Terre Haute, Indiana and Bill graduated from Wiley High School.  While at Wiley he played on the varsity tennis team and was the student manager of both the basketball and football teams.

Intending to become a medical doctor, he entered The Ohio State University in 1953 but graduated with a B.Sc. in Psychology in 1957. While at Ohio State he served as a vice president of Zeta Beta Tau Fraternity and played on the college tennis team. In 1958 after college, Bill attended Indiana University School of Law where in 1961 he received his law degree, an LLB, (later J.D).

Bill practiced corporate, estate, family, bankruptcy, financial law in St. Petersburg, Florida for 50 years. He was an arbitrator for the Financial Industry Regulatory Authority and was a certified mediator who had mediated over 2300 cases.  His court affiliations included The Supreme Court of the United States, U.S. Circuit Court of Appeals for the 5th and 11th Circuit Courts, U.S. District Court for the Middle and Southern District. He was counsel to the American National Bank (Southeast Bank) and served on its Board of Directors. His memberships included the American Bar Association, Florida Bar Association, St. Petersburg Bar Association, Clearwater Bar Association.

Within and without the community, Bill was a Trustee of the Herman Forbes Charitable Trust,  former member of the Florida House of Representatives, the Board of Directors of The Florida Orchestra, the St. Petersburg College Foundation Board,  past president of Temple Beth-el in St. Petersburg. He was a former City Attorney for both Indian Rocks Beach and Redington Shores. He was also a member of Neoacacia Lodge #595, F & AM (Columbus, Ohio), a 32nd degree Mason, and member of Egypt Shrine Temple, Tampa.

He is survived by his wife, Anne Kantor Fleece of Tampa; his son Jonathan Fleece of St. Petersburg, his son David Fleece, M.D., CMIO, and his wife, Jane Kauer Fleece, PhD and three grandchildren; Benjamin and Jacob Fleece of St. Petersburg and  Clio Kauer Fleece of Philadelphia, PA; his stepson Christopher Parfitt and his wife Cynthia (Cindy), Union City, NJ. His half-brother Harris “Cappy” Caplan of Phoenix, AZ., his niece, Ayn Fox of Denver,  Co, Steve and Jeff Fox who reside in the Tampa Bay area ; and his ex-wife, Ellen Fogel. He was preceded in death by his adoptive mother and father, Moses and Jeanette Fleece; his son, Matthew Joseph Fleece and his second wife, Marie C. Devine, Esq. He also was preceded in death by "Dreama", his and his late wife’s Bichon Frise and beloved companion.

He was a mostly private person with a unique presence, passionately interested in causes and policies that would benefit American society. He loved most sports, attending Tampa Bay Buccaneer games for over 45 years, skiing, and travel,  He was a lifelong  “Buckeye”.

The care of Mr. Fleece and his family has been entrusted to David C. Gross Funeral Home in St. Petersburg.

To plant a tree in memory of William Fleece, please visit Tribute Store

Share Your Memory of
William
Upload Your Memory View All Memories
Be the first to upload a memory!
Share A Memory
Plant a Tree