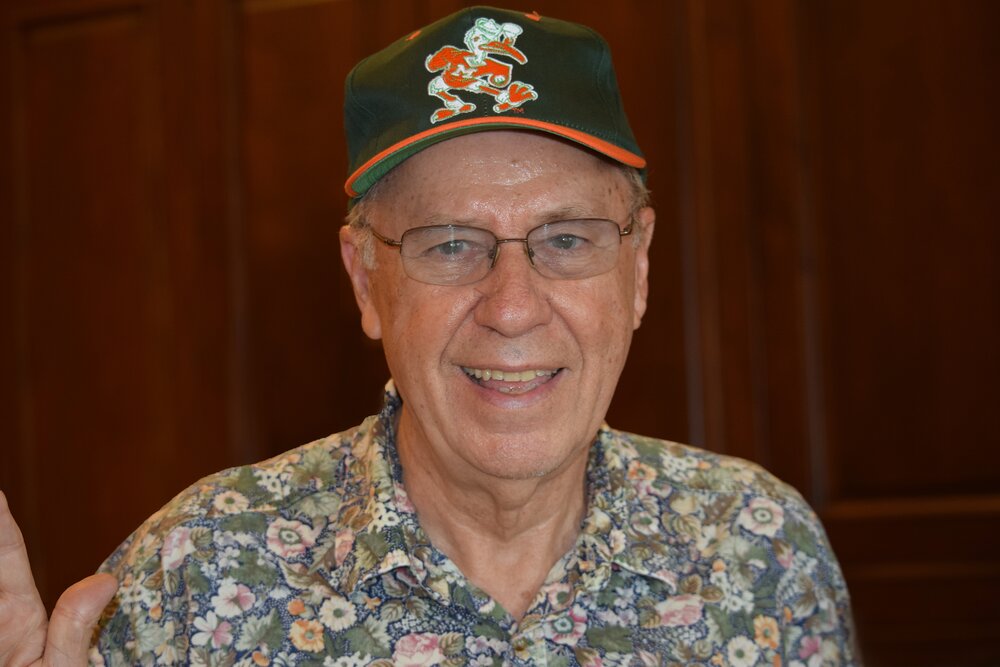 Corwin, Richard Wood, age 83, passed away January 1, 2023 at Sabal Palms Nursing Center; Largo, Fl.   Born in Riverhead, NY, Richard graduated from Riverhead High School as class valedictorian in 1957.  He joined the US Navy shortly after.  Richard was a proud US Navy veteran, having served 3 years aboard the minesweeper USS Rival.  He married his high school sweetheart, Lois, in 1961.  After working for Eastern Airlines in NY, he and Lois moved to Miami Beach.  He graduated from the University of Miami in 1962 with a degree in electrical engineering. He worked at Sperry in Oldsmar after moving to Clearwater, FL. in 1966.  Following that, Richard worked at IBM for almost 34 years as a systems engineer. Working with AS 400 midrange computers and teaching for 2 years on the Southeast Regional IBM staff in Atlanta were highlights of his career.  Following his retirement from IBM, he worked part-time as a free-lance programmer and consultant.  A man with a kind heart, he chose to help others in his retirement by volunteering to deliver Meals on Wheels and for several years as a VIP (Volunteer in Policing) with the Largo Police Department motor pool.  He and Lois enjoyed traveling and were grateful to have been to many places in the US and abroad, both together and with good friends.  He particularly enjoyed cruising, camping trips with his family and a memorable “guys trip” with his sons Rick, Adam and son-in-law Chris on the schooner MARY DAY.  Football season was another life-time highlight as he was one of the original season ticket holders to the Tampa Bay Buccaneers home games.  He and his pal Sid took pride in all their wins.

For many years, he enjoyed the Florida Orchestra concerts, seeing plays, was the family Mr. Fix-It and in his earlier days took sailing lessons, a nod to the Navy.  Richard was a quiet, gentle man with a dry sense of humor and a penchant for sharing his knowledge, stories and talents with both family and friends.

A memorial service and burial will take place at Curlew Hills Memorial Gardens, Palm Harbor under the direction of David Gross Funeral Home on Sunday January 8th at 11:00 a.m.  A military honor guard will participate to honor his service to our country.  In lieu of flowers, please consider memorial donations to the Alzheimer’s Association, Suncoast Hospice, Temple B’nai Israel or a charity of choice.

Share Your Memory of
Richard
Upload Your Memory View All Memories
Be the first to upload a memory!
Share A Memory