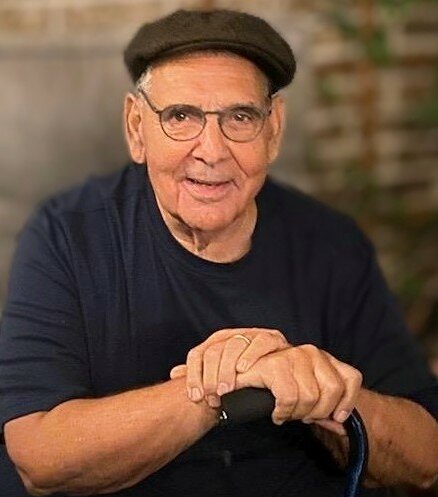 Elmer George Haettich, 79, of Sarasota, FL, passed away on November 21, 2022. Born in Cleveland, Ohio, he moved with his family as a teenager to the Sarasota area. He was a graduate and the class president of the second graduating class of Riverview High School. He was also a veteran of the United States Navy for which he served in the Vietnam War from 1964 to 1968. After receiving his Associate of Arts degree in Accounting from Manatee Community College in 1970, he worked as a manager for Sears Roebuck & Co. for 20 years, followed by a 19-year career with the Sarasota County School Board in both the Purchasing and Transportation Departments. He was a Director for Shaklee Corporation for over 10 years, allowing him to share his passion for helping others to build healthy lives, and he also served for many years as a lay minister for his church.

Elmer was preceded in death by his wife of 45 years, Norma, as well as his parents, Fred W. and Elsie (Klee) Haettich, his sister, Joan Lafferty, and his brother, Karl Haettich. He leaves behind his beloved children, Janet Dehmer of New Albany, Ohio, Eric (Allison) Haettich of Winter Park, Florida, John (Jena) Haettich of Rockwall, Texas, and Brian Haettich of Sarasota; and his grandchildren, Eric and Ben Dehmer, Joshua, Megan, Andrew, Mariah, Brett, Anthony, Naomi, Carter, Enjoli, and Noah Haettich. He is also survived by his sister, Judy Neill, of South Carolina, sisters and brothers-in-law, Janet (Theodore) Koeth of Cheektowaga, New York, Marge Fleck of Tonawanda, New York, and Lois (Karl) Schenk of Rochester, New York, along with many nieces and nephews.

Elmer loved to sing and play his piano, enjoyed painting especially with watercolors, and spent countless hours in his garden. He also found much joy in serving the homeless by helping to provide weekly meals for them through the ministry at Remnant Church of Sarasota. He loved to laugh, especially with his grandchildren, and was known for his kindness and thoughtfulness, often sending cards and notes to family and friends and those who needed to be lifted up. Most of all, he loved the Lord deeply and spent countless hours studying His Bible and sharing his faith by loving and caring for all those who crossed his path. He will be greatly missed.

A memorial service will be held on Thursday, December 29, 2022 at Remnant Church of Sarasota (2895 Ashton Road) at 10:30am, followed by an interment with miliary honors at Sarasota National Cemetery (9810 State Road 72), as well as a fellowship with family and friends.

In lieu of flowers, donations may be made in Elmer’s memory to the homeless ministry at Remnant Church of Sarasota (Attention: Remnant Café, 2895 Ashton Road, Sarasota, FL, 34231).

To send flowers to the family or plant a tree in memory of Elmer Haettich, please visit Tribute Store
Thursday
29
December

Share Your Memory of
Elmer
Upload Your Memory View All Memories
Be the first to upload a memory!
Share A Memory
Send Flowers