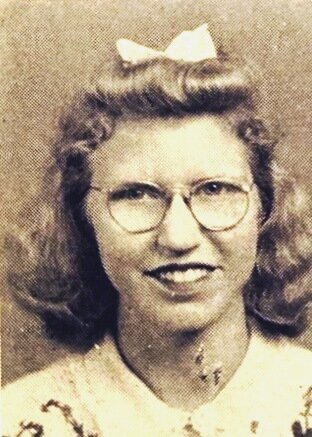 was born March 26, 1924 in Jasper, FL and passed on October 11, 2022.  She was one of nine children; she was born to George “Austin” McIntosh and Mattie Gertrude Berry. When Mattie passed, Austin placed all nine children in the Children’s Home Society of Florida.

Her birth name was Annie Gertrude McIntosh. At 8 years old Annie and her two younger brothers, Marvin, (Marion) and Cliff (Herbert Hoover) were adopted by Clifton L Hinson Sr and his wife Florence Edwards Hinson, and they changed the children’s names. Annie was renamed to Nancy G Hinson.

With a difficult childhood growing up in an orphanage and in and out of foster homes Nancy managed to convince families to also bring her two younger brothers and promised to take care of them. She didn't realize she had six other siblings; it would be later in the 1960’s and 1970's when she would be reunited with her brothers and sisters.

Nancy graduated St Petersburg High School in June of 1943 and she married her high school sweetheart, Ralph Kenneth Girton September 2, 1943 after he returned from Navy boot camp. They were married for 65 years. Together, they enjoyed a life of sailing, golfing, traveling, and hosted many card games.

Nancy was a great wife and mother. She will forever be known as the Volunteer! Whether she was helping at schools, churches, girl scouts, boy scouts, or sewing and cooking, she did it all because she was extremely grateful for the life that her adoptive family the Hinson’s, and husband Ralph provided for her. Nancy worked as a Legal Guardian and had several clients over the years. Mom said it was important for us to give up Christmas every few years so that we could create Christmas for families less fortunate.

She was the most unselfish person to walk the Earth.

To send flowers to the family or plant a tree in memory of Nancy Girton, please visit Tribute Store

Share Your Memory of
Nancy
Upload Your Memory View All Memories
Be the first to upload a memory!
Share A Memory
Send Flowers