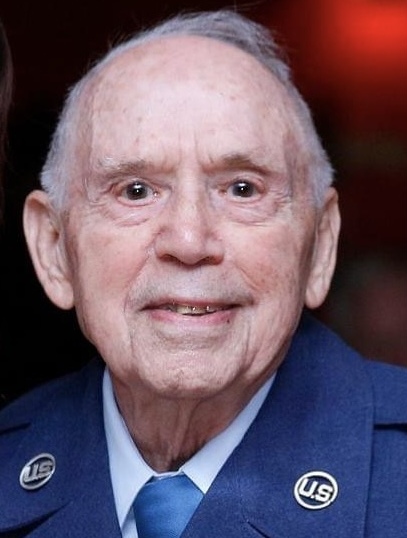 After a long, happy, and well lived life, Salvatore Cracolici (Uncle Sal) passed away on September 2nd, 2022, at the age of 98.

Sal was born on August 3rd, 1924 in Brooklyn, NY to Joseph and Matilda Cracolici. One of 10 children, he is survived by his sister, Edith Roamer and two brothers, Albert and Phil Cracolici. He was proceeded in death by his sisters Jean Galfo, Rose Soli, Julia Prince and 3 brothers Benjamin and Thomas Cracolici and Joseph Coro. At the age of almost 18 he joined the military and served in WWII as a ball turret gunner, where with his petite stature, he was the perfect size for the small area. He was in the 96th Bomb Group, flying on the “Flyin Ginny,”. Sal flew twenty-seven missions over Europe; twenty-three of which were over Germany. He would later often say “I am so lucky I made it out alive. I didn’t realize how dangerous it really was until I looked back on it”. He was honored by the French Legion for his service and bravery in the war. After leaving the military, he was employed by Pan Am Airlines for the remainder of his career, where he would spend over 20 years.

Sal moved to Florida and decided to retire in Clearwater. He would eventually invite his niece, Denise Armentrout, to move into his home, along with her 2 small children, Amber (Armentrout) Krekovic and Shawn Armentrout. He helped Denise raise Amber and Shawn, and truly took them under his wing as his own. Sal was one of the most selfless and caring humans in the world, and really was the GREATEST Great Uncle Sal to them.

There are many things that friends and family will always remember about Uncle Sal. One was his love of taking pictures. No matter where the family gathering was, he was always there with a camera hanging around his neck. Sal never learned how to drive a car, and that was another memory that will remain - his love for bike riding! He would ride his bike everywhere no matter the distance, and even on the hottest of Florida days. He would repeatedly tell people laughingly “I can taxi an airplane, but can’t drive a car.” Sal loved pies and sweets and all types of bread. He was a true Italian through and through.

When someone this special leaves us, they leave behind such a huge stamp in our hearts; one that will never disappear. Uncle Sal was one of a kind, and there really was no one better. He was truly an Earth Angel. Thank you, Uncle Sal, for all that you did for our family and for our mother. Thank you for standing in as my father for so many years and thank you for walking me down the aisle on my wedding day. These memories I will cherish for the rest of my life. Heaven doesn’t know just how lucky they are getting you. You are a true gift to anyone you knew ~ Amber

Until we meet again, we love you and will miss you tremendously!!!!

A “Celebration of Life” will be held at Ivan and Amber Krekovic’s home on September 17th @ 3pm.

In lieu of flowers, please donate to a fund that touches your heart.

To send flowers to the family or plant a tree in memory of Salvatore Cracolici, please visit Tribute Store

Share Your Memory of
Salvatore
Upload Your Memory View All Memories
Be the first to upload a memory!
Share A Memory
Send Flowers