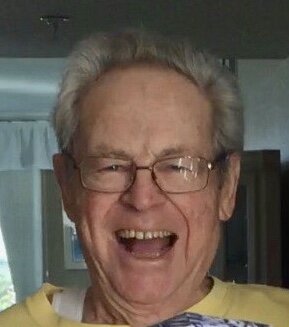 James Malcolm Black, 83, passed away peacefully on August 20, 2022 in South Pasadena, Florida . He was born July 26, 1939 in Preston, England to parents Isobel Roper & Gordon Black and grandparents Mary Jane & Charles Slinger who were farmers residing in Slaidburn, Lancashire. He grew up in post war-torn Britain in a seaside resort where his parents were hotel proprietors. He served a trade apprenticeship as an electrician and earned a bachelors degree in electrical engineering. He also earned a masters degree in business administration at the University of New Haven, Connecticut. He was an early participant in the UK’s nuclear power generation program and was active in the commissioning of two nuclear power plants at the Hunterston and Oldbury Stations. He emigrated with his wife Heidi and daughter Ingrid to the U.S. in August 1968 having been recruited by Northeast Utilities (NU) to work on the startup of Millstone Nuclear Unit 1 in Waterford, Connecticut. During his 25 year career with NU he held numerous senior management positions; including Superintendent Millstone Nuclear Unit 3 during its design and construction phase, as a Nuclear Project Manager responsible for the design-engineeringand startup of four plant-specific simulators, and for the design, startup and management of the Lelan Sillin Jr. Nuclear Training Center. He also was the Director of Nuclear Training for 8 years with overall responsibility for NU’s nuclear plant site training facilities and functions and for the accreditation of their 48 training programs by the Institute of Nuclear Power Operations. He was well known and respected throughout thecommercial nuclear industry and he held several positions on national standards committees and industry working groups. He was the founding chairman of the UtilitySimulator User’s Group, and the inaugural recipient of the Ben deLamorton award honoring his outstanding leadership and excellence in the nuclear industry by the International Society for Computer Simulation. In 1994 he became an industry 2 management consultant supporting several electric utility companies, the Department of Energy, and at several plant sites throughout the U.S., Canada and Russia. After his wife Heidi’s death from cancer in 1979 he worked with other local communityleaders and health care professionals to establish the Eastern Connecticut Hospice Organization and was elected it’s first chairman. His daughter Ingrid attended Promfret private school in Connecticut before attending catering college in Blackpool, Englandand living with her grandparents. There she met and married her husband Stephen Burnell also from Blackpool before immigrating back to the U.S., and establishing their own family, Lindsay, Chandler, and adopted daughter Daphne all now living in the Atlanta area. Malcolm is survived by his elder brother Gordon and his wife Carol who reside in the Tarleton, Lancashire, England, and their 3 children Christine, Lysbeth and Hazell. He formally retired in 2001 and moved to Florida to enjoy his retirement. He was very fortunate to find a wonderful lady there Patricia (Patty) Joan Kennett with whom he partnered and bonded with, and married. Together, they have been a happy dedicated, loyal and loving couple toward each other, ensuring the others welfare and happiness was always the main priority. This shared and respectful commitment enamored a genuine bond of selfless late-life and lasting love for each other. They were formally married in a romantic twilight setting on the Don Cesar Resort Beach surrounded by their closest friends and neighbors. These special friends were a close knit group who often entertained each other at dinner parties and went on fun travel excursions to visit various Florida attractions and events. On two occasions Malcolm took Patty to the UK to meet relatives and old friends which included customized tours of England, Ireland, Scotland and Wales. These trips invoked a thrilling emotional experience for Patty and a great appreciation for the scenery, cultural and music; and one she’s always been eager to return to. In 2007 they designed and built a mountain vacation home together in North Carolina which was an enjoyable retreat for several years until they decided to live back in Florida fulltime. This vacation home was a enjoyable challenge for Malcolm’s home maintenance, landscaping, and victory-garden food-canning skills and it absorbed his inherent farmer instincts. Their beautiful Pasadena home overlooks the Boca Ciega International waterway and is a paradise reminder of their good fortunes, the fruits of labor they expended during their very productive lives; and one that embodies the fulfillment of their American dream and all its aspirations. Malcolm will be sadly missed by all his surviving career colleagues, close family members (including his extended wife’s Kennett family who have been highly supportive during his medical adversities), his good Samaritan neighbors; and his new and old friends on “both sides of the pond”.

Share Your Memory of
James
Upload Your Memory View All Memories
Be the first to upload a memory!
Share A Memory