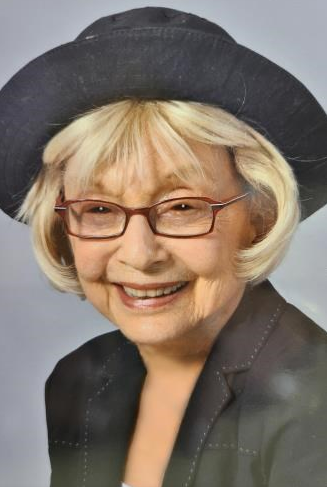 Sylvia M. Goldman passed away peacefully on May 19, 2022. Sylvia had turned 103 years old on January 21st. She is survived by her son, Jeffrey Goldman of Baltimore, Maryland. Her family also included her son, the late Lawrence Goldman of Sarasota, Florida and her husband, the late Marvin Goldman of Baltimore, Maryland. In her early 40s, she experienced a variety of learning experiences at the Louis Lasky Tutoring School in Baltimore, Maryland. She fell in love with learning and with the help of Mr. and Mrs. Lasky, started her own school and called it "Adventures in Learning." The school was approved by the Maryland Board of Education and was designed for adults interested in learning outside the framework of conventional education. It was noted for inviting outstanding experts in a variety of cultural areas to speak and teach at the school.

After finding the answer for a persistent weight problem she had endured for many years, she was determined to share her knowledge with others and designed a program she called, "Living Thin - - an Attitude, not a Diet." Her program, unlike others at the time, emphasized the importance of identifying and managing stress and reflected the work of Dr. Albert Ellis, a world-famous psychologist of the late 20th century. She attended his workshops and eventually went to his school in New York, where he trained her personally. Dr. Ellis also wrote an introduction for one of the two books, she authored, "Living Thin an Attitude not a Diet." Her other book is a workshop on stress. Her most recent project was a DVD titled "Aging with Style - - an Attitude, not a Number" in which she presents her personal roadmap for active and healthy aging.

After moving to the Sarasota area, Mrs. Goldman continued to teach her "Living Thin" program. She gave classes and workshops at the University of South Florida and wrote articles about her work for the Longboat Observer in Longboat Key, Florida. Her lifelong love of learning and teaching continued with a mastery at the game of bridge during her final years at the Sarasota Bay Club.

To send flowers to the family or plant a tree in memory of Sylvia Goldman, please visit Tribute Store

Share Your Memory of
Sylvia
Upload Your Memory View All Memories
Be the first to upload a memory!
Share A Memory
Send Flowers