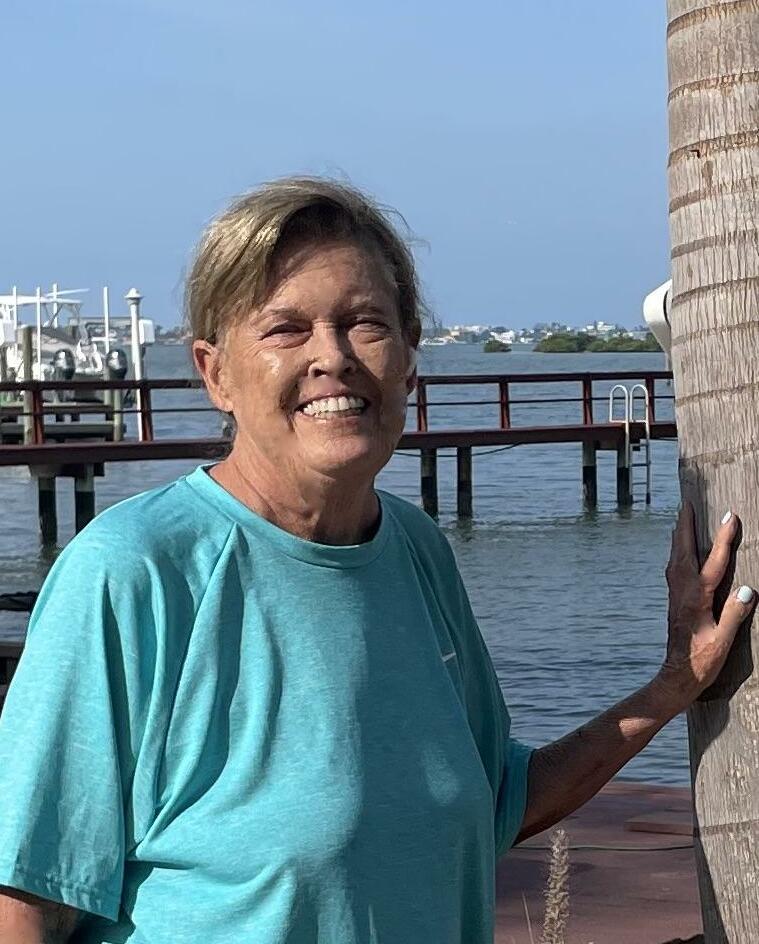 Caroline Louise Cooke, daughter of Kermit and Barbara Louise Daywalt, was born in Key West, Florida at the US Naval Hospital. Her father, Kermit, was to rise to the highest rank in the enlisted ranks as a Master Chief, and would be stationed in many parts of the USA. As a consequence, the family (which included Caroline’s older brother, Theodore [deceased. 2017] and younger sister, Susan) lived in several states, including Kansas, Hawaii, California and North Carolina.

Caroline attended The University of South Florida from 1969–73, where she graduated with a degree in Special Education. She would meet her future husband, Tony (who appeared there during this time as visiting overseas artist) during these years, and subsequently they were married on August 11, 1973. Caroline returned to London (where her new husband was based) for a year, until returning to Florida upon Tony’s appointment to the faculty at USF in 1974. They greatly enjoyed six very happy years in Tampa, before relocating to Chicago upon Tony’s appointment to the faculty at Northwestern University, where they stayed for fours years, enjoying another memorable and life-changing chapter.

In 1984, the couple moved again, this time to Los Angeles, where Tony worked in the motion picture industry for some thirty-three years, and for a time, Caroline also experienced its flavor working at Universal Studios in television production. They lived just outside Hollywood (in Toluca Lake) for fifteen years, and subsequently Capistrano Beach in Orange County for the remainder. In 2017, they made the decision to move one more—back to Florida—where finding their dream home, spent nearly five years. Regretfully, Caroline struggled with several health issues during these years, which was followed by a heroic fight for survival. During this time, Caroline never seemed “down,” and always felt she would recover her health, but it was not to be.

She will be greatly missed by her family and all who knew her. A shining light wherever she went, her special brand of innocence and radiant warmth is now lost and will be forever missed by all who knew her. If her absence seems hard to accept, her presence remains as strong as ever.  May we all go about our lives with the same ability to navigate personal challenge with the happy outlook that guided her to live each day as if a lifetime.