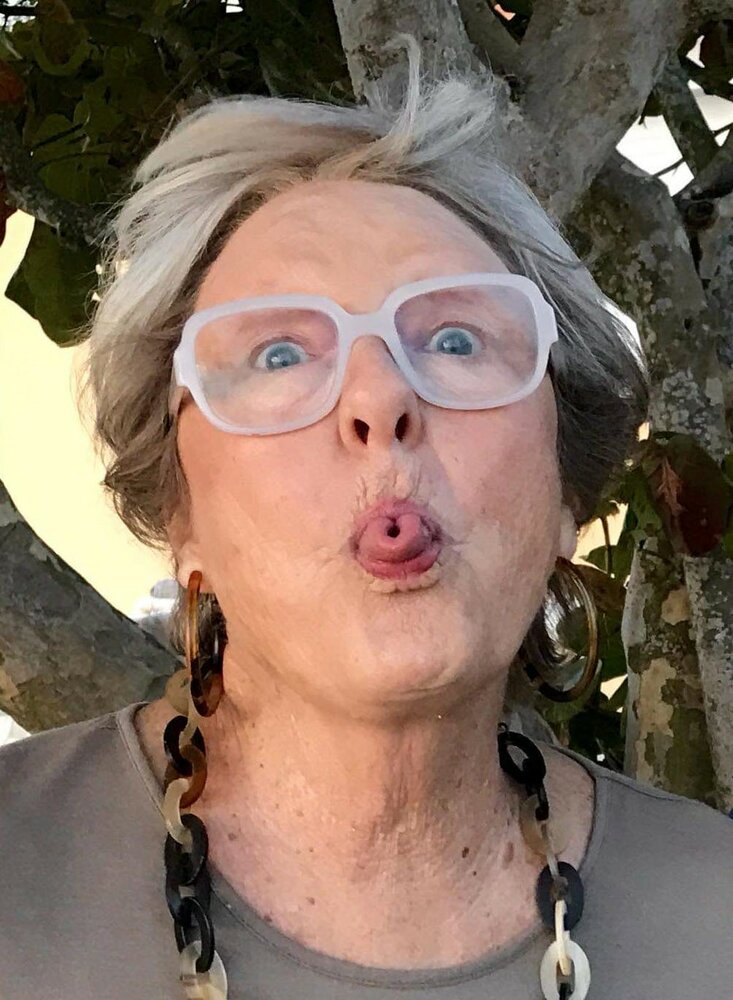 Julia died ……. and this is what she wanted to be written. She was embarrassed to be born in Kissimmee, FL because of its “cowpoke” reputation. She liked designing her own clothes in high school but had no clue about wearing or applying makeup, Her hair was important. She liked smelling good. There was no doubt she would get a college degree (BS/Journalism/U of F) and MS in Organizational Development, Rollins College, then marry a tall, smart man, which she did (T. Michael McKnight (deceased).

While her husband served in Vietnam, Julia reported for a Honolulu Hawaii newspaper. She morphed easily into a hippie lifestyle which included smoking marijuana, living in a hippie commune for six weeks, chronicling it; marching with nuns who believed in women’s rights, and re-experiencing the joys and innocence of childhood.

Daughter Marit M. Parker and her husband, Kenny Parker provided the joy of Julia becoming a grandmother (2011) to Baron and Loen.

She grew up in Lake Wales, FL, the only child of Robert and Julia Ann Lodmell. Her father’s Norwegian heritage (First generation American) influenced her life and allowed her to travel to Norway. Cousins reciprocated often.

A passionate traveler, upon her husband’s return from Vietnam in 1969, the two bought an MGB-GT in England and camped through 18 countries, from Morocco to Norway and Ireland to Hungary. They were detained overnight on the Hungarian border because Julia’s passport said “journalist,” and they were again detained on the border of Yugoslavia because you had to be out of that country for 24-hours before reentering.

A lifetime adventurer, at 63, she joined the Peace Corps in 2008 and served 27 months in Surinam, South America. She slept in a hammock, walked eight miles daily, and never had a warm shower. A native gave her a caged bird, signifying he wanted to date her. The bird flew away; so did the man.

She was a lifelong learner, active in Ollie, the Osher Lifelong Learning Institute at Eckerd College

In addition, she loved yoga, writing, painting, gardening, designing, cooking, and every animal she ever met. Her friends were her rock and her daughter loved her as much as she loved her daughter. It was an exquisite union!

In the end ….. She died a happy warrior.

To send flowers to the family or plant a tree in memory of Julia McKnight, please visit Tribute Store

Share Your Memory of
Julia
Upload Your Memory View All Memories
Be the first to upload a memory!
Share A Memory
Send Flowers