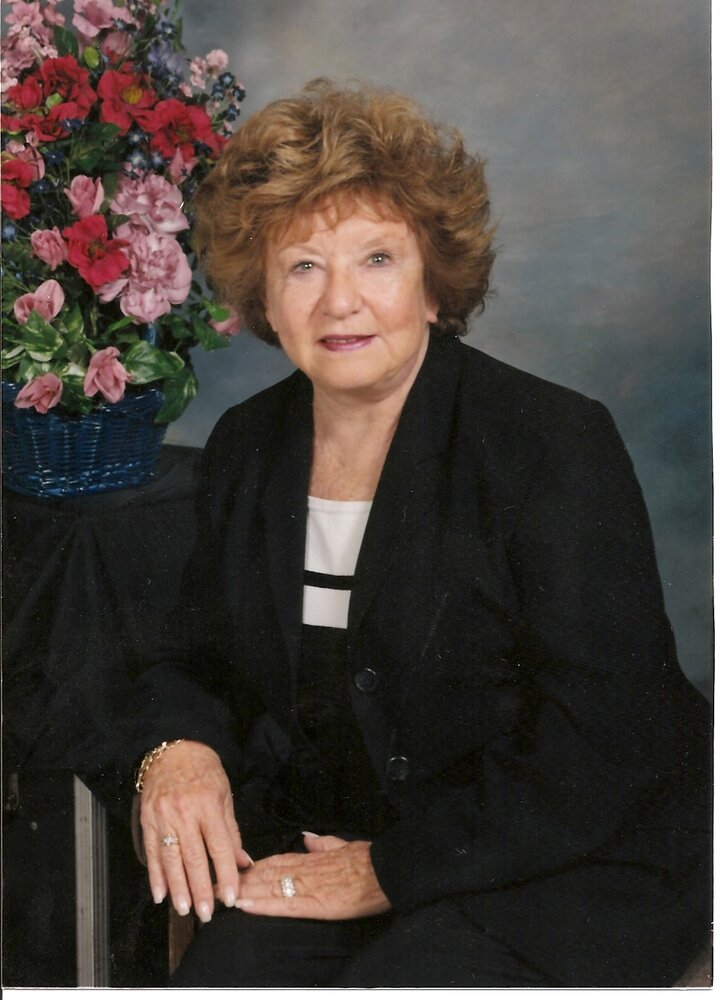 89, passed away on Thursday, February 24, 2022. Although Sylvia was born in Rock Hill, SC, when she was a child the family moved to St Petersburg, FL, where she and her two loving brothers grew up in modest means. She was young when her father and brothers went off to fight in WW2...her father would never return. She graduated from St Pete High School in 1950 and as a young woman embarked on a series of life adventures including working for the FBI in Washington DC, then for Eastern Airlines in Miami, before moving back to St Pete, marrying twice and bearing two children, whom she loved and supported her entire life.
Sylvia was a member of Lakewood Country Club in the 1960's/70's, and along with her children, became an eternal tennis enthusiast. Sylvia became a volunteer for the USTA as District Director and National Girl's 16's Tournament Director.

Sylvia began her professional career first for the Don Cesar Hotel (in Concierge and Sales) and then for well-known local business leaders Ted Wittner (Personal Asst.) and Mel Gross (Insurance Sales) before finally starting a successful 25 year career as a Realtor in the St Pete/Pinellas County beaches area with Marie Powell/Better Homes & Gardens, Coldwell Banker, Remax, and Baird Realty. If you were a client of Sylvia, odds are you became a life-long friend of hers...her legacy is the vast number of friendships she formed throughout her life.

Later in life, Sylvia married Frank Baker and some of her fondest times were weekend trips with Frank and her children to The Colony Beach & Tennis Resort. In retirement, Sylvia's favorite activities became sitting on her balcony with a Bloody Mary watching dolphins in the intracoastal, breakfast at Skidder's, dinner at the St Pete or PAG Yacht Club and spending time with friends and family. She had become fiercely devoted to her church and, along with daughter Kim, was an active member of the PAG Beach Community Church. It was her faith in God that helped her throughout her life and her passing.

Sylvia was preceded in death by her husband Frank Baker, father Franklin Strait, mother Myrtle Tordoff, brothers Kenneth (Mattie) and Jeff Strait, and daughter Kimberly Davis. She is survived by her son Jeff Davis (Susie) and many nieces and nephews. She was interred at Woodlawn Memory Gardens in a private ceremony.

A Memorial Service will be held at 11:00am on Saturday, March 12th at Pass-A-Grille Beach Community Church (107 16th Avenue, St Pete Beach, FL 33706, with a reception immediately following

In lieu of flowers, donations in Sylvia's name can be made to Pass-a-Grille Beach Community Church (www.pagchurch.org) or St Pete Free Clinic (www.stpetersburgfreeclinic.org)

Share Your Memory of
Sylvia
Upload Your Memory View All Memories
Be the first to upload a memory!
Share A Memory