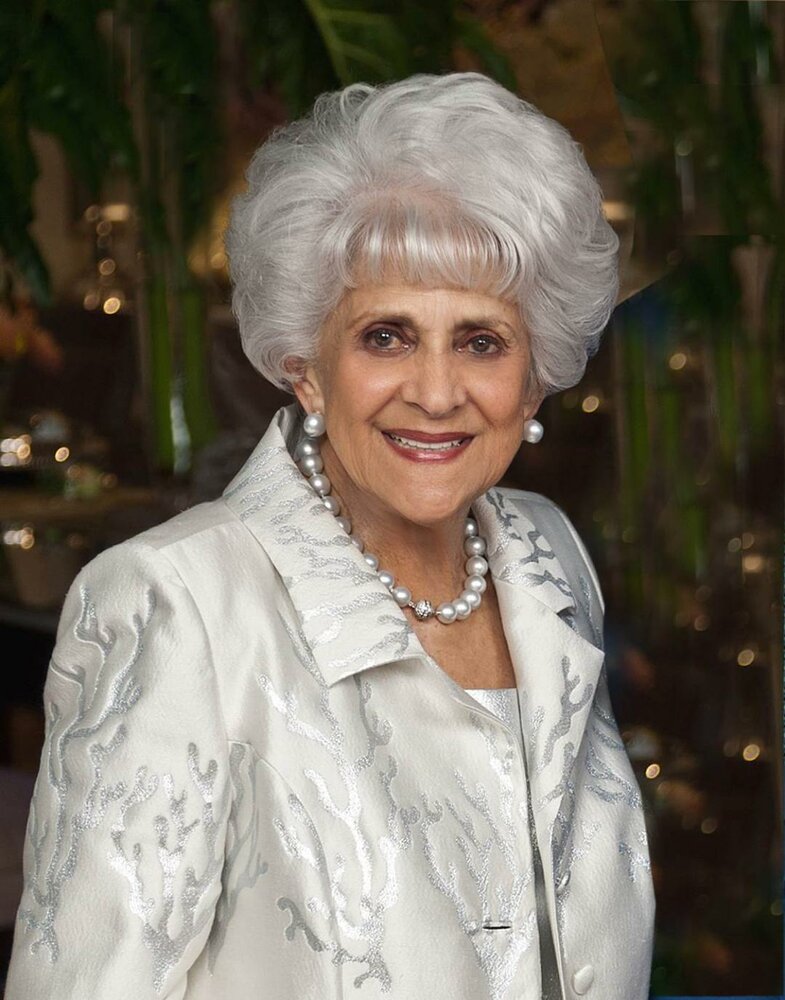 Betty Sembler, a pillar of our community and a trailblazer in drug prevention and treatment,  died peacefully Wednesday surrounded by her husband Mel and their loving family.  Together with her husband, she raised a beautiful family, built a business, helped strengthen the Florida Republican Party, and elected and befriended presidents, governors, senators and many more public officials.

Betty Sembler was born on August 8, 1931 in Memphis to Gilbert and Fay Etta Schlesinger. She grew up in Dyersburg, Tennessee, where she developed an infectious personality that combined a  southern belle charm, a disarming wit, and a sense of humor. This personality served her well throughout her life and allowed her to make a positive difference in the lives of so many others.

Betty graduated from Northwestern University in 1953. It was there that she met Mel Sembler and began a 69-year love story.  The couple and their three young sons moved to St. Petersburg, Florida in 1968. As the family grew, Betty became more involved in her community and began her decades long advocacy for drug treatment and prevention, Her tenacity and expertise led her to meet with Nancy Reagan and convince the First Lady to make the drug prevention issue her own and helped launch the “Just Say No” campaign.

Betty and Mel would eventually go on to found Drug Free America Foundation, Inc., a drug prevention and policy organization committed to developing strategies that prevent drug use and promote sustained recovery.  As founder and as the organization’s board chair, Betty opened doors and changed minds.  Through her tireless efforts, countless lives were saved and families were kept whole.

At the same time, Betty and Mel became political fundraisers, strengthening both the Florida  and National Republican committees. They also met, supported and became close friends with President George H.W. Bush, Barbara Bush and their sons President George W. and Governor Jeb Bush, and countless others.

Whether they were raising a family, growing a business, advocating for drug prevention and treatment, strengthening the Republican Party or serving their country, the unifying link through it all was that Betty and Mel Sembler were a team. They provided a shining example to anyone of what a couple should be and how they should treat each other.

Throughout her life, Betty had many close friends that were like family and she often referred to them as “framily”.  She always counted her blessings and considered herself “lucky”.

If you would like to honor Betty’s memory, please consider a donation to Drug Free America Foundation, The Florida Holocaust Museum, The Florida Orchestra or Temple Beth-El.

Masks will be required inside the Temple.

The care of Mrs. Sembler and her family has been entrusted to David C. Gross Funeral Home in St. Petersburg.

Share Your Memory of
Betty
Upload Your Memory View All Memories
Be the first to upload a memory!
Share A Memory