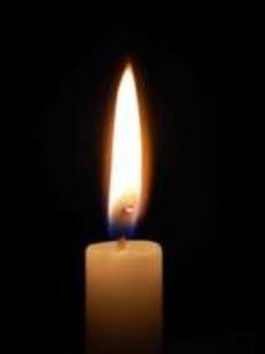 David Wayne Friedberg was born on July 11th, 1953 in Metuchen, New Jersey to Beatrice and Nathaniel Friedberg. He had two older brothers, Larry and Jay Friedberg. David graduated high school from J.P. Stevens High School and enlisted in the United States Air Force after a semester at Morehouse College in Atlanta, Georgia.

David was stationed in Taipei, Taiwan after enlisting in the Air Force.  There he met and married Tsai Ching Friedberg. They had two children, Michelle Chase and Daniel Friedberg.The family returned stateside in 1978 and resided at Lackland Air Force Base in San Antonio, Texas.

David taught at the officer training school at Lackland Air Force Base, and eventually rose to the rank of captain, a rare achievement for those that enlist in the military.  He was the chief of security for base operations at a number of Air Force bases across the United States. He helped facilitate security for Air Force One, while President Regan was in office. While in the Air Force, he completed his baccalaureate degree and graduated Summa Cum Laude from Southwest Texas State. David completed his 21 year career in the Air Force as the Chief of Security for base operations in Del Rio, Texas before accepting a position as the Director of Security for the Hillsborough County School System in Tampa, Florida.

David Friedberg served as the Directory “Chief” of Security for the Hillsborough County School District, the tenth largest school district in the United States, for 22 years. In that time, he implemented a number of safety measures and policies not only being used in our school system today, but also being used in school systems across the United States. He was routinely sought after by school districts across the nation, to create ways to better protect students while at school.

David met Anna Hopewell while both were working for the Hillsborough County School System in 1993 and were married for 28 years.  The two had a love for exploring new places. They enjoyed a number of cruises and vacations across the world. Most recently they could be found in their RV traveling across the United States and had many more adventures in spite of his prostate cancer diagnosis.

David’s most prestigious title was that of Papa to his Kendall, Nathaniel, and Logan Chase. David retired from the school system in 2014 and would routinely be seen chaperoning a field trip, or reading to one of his grandchildren’s classes. He adored his family with every ounce of himself.

David Friedberg is survived by his wife Anna, his daughter Michelle (husband Brian, grandchildren - Kendall, Nathaniel, and Logan), his son Daniel (wife Carrie), his brother Larry (wife Katie, nephews Jacob and Justin), a number of cousins and many, many friends. He will be deeply missed. Rest in peace.

To plant a beautiful memorial tree in memory of David Friedberg, please visit our Tree Store

A Memorial Tree was planted for David
We are deeply sorry for your loss ~ the staff at David C. Gross Funeral Homes & Cremation Centers - St. Petersburg
Join in honoring their life - plant a memorial tree

Share Your Memory of
David
Upload Your Memory View All Memories
Be the first to upload a memory!
Share A Memory
Plant a Tree