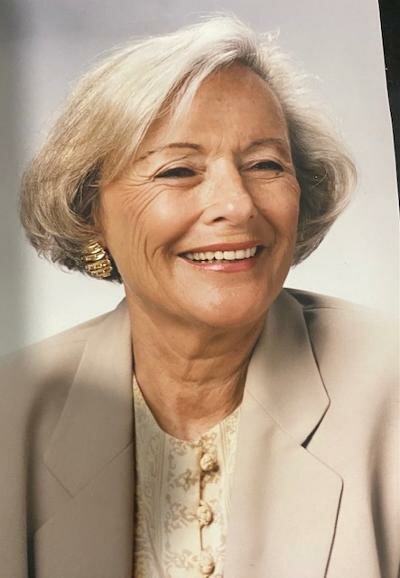 lived in Bay Shore, New York where she met her husband of

almost 70 years, Jerry Benstock. They were married in 1951 and raised four children.

Joan and Jerry settled in Huntington, New York where they nurtured their life long

commitment to Jewish life. Joan was a chairperson of UJA in Suffolk county, New York for many years. She continued her commitment in Pinellas County when she and Jerry moved here in 1979. She worked tirelessly as she was so passionate about the state of Israel and her community. However, her number one commitment was always to her family.

She & her husband Jerry were founding members of the Pinellas County Jewish Day School, Menorah Manor and have dedicated the sanctuary to

Joan was a life member of ORT & Hadassah as she was a Keeper of the Gate.

In lieu of flowers, donations can be made to Congregation B’nai Israel, St Petersburg or The Jewish Federation of Florida’s Gulf Coast.

The care of Mrs. Benstock and her family has been entrusted to David C. Gross Funeral Home in St. Petersburg.

Share Your Memory of
Marilyn 'Joan'
Upload Your Memory View All Memories
Be the first to upload a memory!