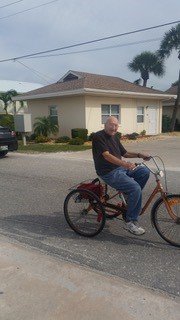 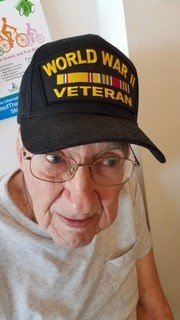 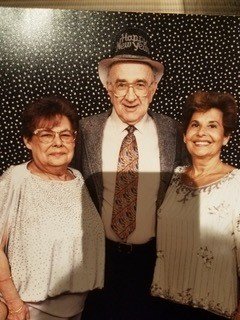 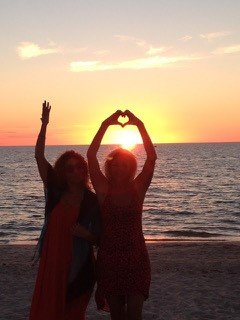 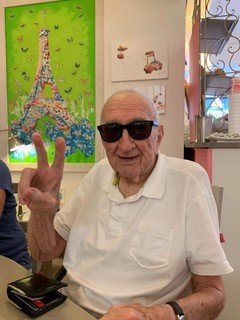 Leonard (Lenny) M. Bloom, 93, of Nokomis, formerly of Bethesda, MD, passed away peacefully at his residence on July 28, 2021, surrounded by family and friends who loved him dearly. Lenny was born September 19, 1927, in Boston, the son of Julius Arthur Bloom and Esther (Bloom) Bloom, brother of Janice Chase (deceased) and Myron C. Bloom of Stoughton, Mass. Lenny graduated from Dorchester High School, Class of 1944. Following graduation, he very proudly served with the U.S. Army during World War II and the Korean War. After receiving an electrical engineering degree from Wentworth Institute of Technology in 1949, he married the love of his life, the beautiful Helene Newman (deceased). They settled in Bethesda, MD and enjoyed 56 years of marriage. He was the “Silverback Dad” to their 3 children: Andie Moore (Thomas), Lewie (Nancy) and Phil Bloom and notable family stars Ginny Sullivan, Ursula Spencer and Gary Sekuler; loving “Grandpa” to his 6 grandchildren: David (Jennifer), Jessie and Joe Moore and Michael (deceased), Christin and Jamie Bloom; and affectionately known as “Cheese” (as in “I wanna take your picture, say Cheese”) to his 10 great grandchildren. Lenny was predeceased by his beloved second wife, Sandra Rae Bloom and was adored as “Gruncle” to her children: Steve (Alexis), Dan, Mark (Cyndi), Dan, Steve (Alexis), Julie and their 10 children. He was also loved by his devoted and indispensable caretakers: Lucille and Eda. Professionally, Lenny spent 60+ years as an electrical engineer both with the US Department of the Navy and in private industry on naval-related projects. His many accomplishments included his work in the design, planning, and development of the Trident submarine. Considered a technical expert in the field of surface and subsurface combat systems, he was a representative to NATO Advisory Groups (Office of Naval Research) in the late 1970’s and 1980’s. Retiring at 80, he continued with his love for repairing toys and remained an Olympic thrift shopper (“But it was only a dollah!” spoken in the New England accent he never lost). Lenny also meticulously curated and maintained detailed genealogical information for his family tree creating an invaluable resource for generations to come. Lenny was a gentleman and a mensch – a loving, generous, kind-hearted, one-liner champ who adored learning anything about history, science, or nature. Giving the best hugs and kisses to those he loved, he was a twinkling blue-eyed charmer who will be as profoundly missed as he was profoundly loved. A Celebration of His Life will be held on Casey Key at a date to be determined. A “reunion” with Helene at their joint resting place at Arlington National Cemetery in Arlington, VA, will also be scheduled in a few months. In lieu of flowers, the family suggests donations in his memory to the charity of your choice.

The care of Mr. Bloom and his family has been entrusted to David C. Gross Funeral Home in St. Petersburg.

Share Your Memory of
Leonard
Upload Your Memory View All Memories
Be the first to upload a memory!
Share A Memory