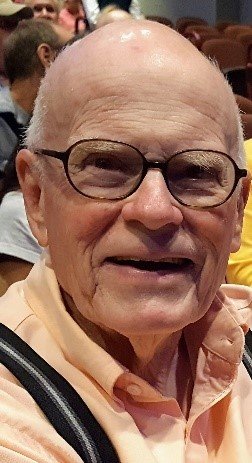 90, of Largo, passed peacefully in his home on Tuesday, May 4, 2021. Born October 13, 1930 in Atlanta, GA, he graduated from Emory University where he was a member of the professional education fraternity Kappa Phi Kappa and played intramural football. Before serving in the U.S. Army during the Korean War, Henry married Annie Doris Cosby. They celebrated their 69th wedding anniversary in March.

Henry dedicated over 55 years to the real estate appraisal and mortgage banking business. After moving the family to Florida in 1967, he later founded the appraisal firm Entreken-Robertson Associates in St. Petersburg. He sat for the first test in Orlando to become a State-Certified General Appraiser and held MAI and SRA designations from the American Institute of Real Estate Appraisers where he later served as President of the Florida Gulf Coast Chapter. Through his instruction, writing over 35 articles in professional journals, and extensive speaking on appraisal subjects, he became known as an expert in his field, earning him a lifetime achievement award from the Florida Gulf Coast Chapter of the Appraisal Institute. Henry   was the first recipient of the Henry C. Entreken Lifetime Achievement Award, which was established in his name and is awarded annually to appraisers that exhibit exemplary dedication and service. He retired in 2011.

An avid fan of the Tampa Bay Rays, he attended games since the inaugural season, as well as being a dedicated fan of football and hockey. Henry attended services at First Baptist Church and First Christian Church in Largo, Pasadena Presbyterian Church, all where he taught Sunday School classes, and Pasadena Community Church.

Henry was a true southern gentleman, with a humble spirit and wry sense of humor. He and Doris loved to travel and saw much of the world. Fashionably dressed in his suspenders with a ball cap on his head, Henry was always ready for a lively discussion on any topic. He was an avid reader, movie goer, and he loved a good meal, always accompanied by a cold Coca-Cola. A wonderful husband, father, grandfather and friend, Henry will truly be missed every day.

He is survived by his wife, Doris; sons Eddie (Debbie) and David (Vicki); granddaughter Sarah Entreken; and step-grandchildren Zachary and Casey Anderson.

Please join us for a graveside memorial to be held on May 28th, 3 PM at the Garden of Apostles at Sylvan Abbey Memorial Park, on Sunset Point Rd. Please dress comfortably for an outside service.

The care of Mr. Entreken and his family has been entrusted to David C. Gross Funeral Home in St. Petersburg.

Share Your Memory of
Henry
Upload Your Memory View All Memories
Be the first to upload a memory!