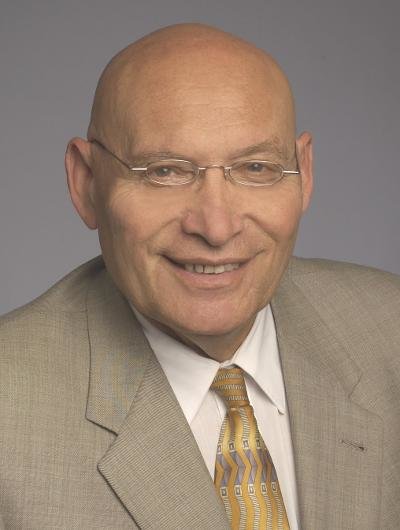 Asher Gil of Belleair Bluffs, Florida, died on July 4th, 2020 at the age of 84. He was a bigger-than-life kind of man who will be remembered as a determined and energetic businessman, inventor, and entrepreneur. Most of all, he will be remembered by his family and friends as someone who tirelessly worked to improve the lives of those around him. Proud to be an American citizen, he never forgot that he was a Sabra. Born in Haifa on November 20, 1935, to parents, Jacob Gillis and Mina Gillis (née Federbush), Asher became a Bar Mitzvah the same year Israel declared its independence. He grew up loving airplanes and was later recruited by the Israeli Air Force (IAF) to be part of the first class of engineers to study at the TECHNION’S Department of Aeronautical Engineering, where his professor was Moshe Arens.

Following his graduation, he joined the Israeli Air Force, where he served with distinction. The 1950’s were an exciting time for the IAF as they were eager to make Israel militarily independent. With his brilliant analytical mind and problem-solving personality, Asher was in the perfect place at the perfect time. He used his talents to oversee a diversified range of technologies and led a team of engineers that developed smart bombs, external fuel tanks, and electronic in-flight jamming equipment.  Some of the top-secret projects he worked on led to the development of advanced avionics. He was also part of the team sent to France to evaluate Israel’s purchase of the French Mirage supersonic aircraft and the resulting modifications.

After serving six year in the IAF, he spread his wings and jumped at the chance to work on several exciting projects for Canadian airplane manufacturers. Returning to Israel, he found a new challenge as the Marketing Manager for the Military Aircraft Division of Israel Aircraft Industries. Hoping to increase exports, Asher oversaw a team that modified the ARAVA for military uses and then headed the team that traveled the world to demonstrate it. They returned with multi-million-dollar contracts.

In 1974 when the Shah of Iran encouraged Israeli companies to participate in the modernization of Iran, Asher seized the opportunity to employ Israelis. Although his company was tiny compared to the international firms bidding on contracts, Asher was successful in obtaining major contracts for housing and cafeteria developments. He credited his success with a combination of chutzpah and the fact that he was a hands-on developer. He had learned in the IAF that you never give up and you always finish a job. It boded well for him as he always included a bonus clause in his contracts and was proud that he and his team always collected.

It was in Iran that he met his wife, Patzi, an American working at the Hotel Intercontinental. They met on his 39th birthday and when speaking of their 43 years together, he would say, “She is my hero. A birthday gift from Hashem.”

After the fall of the Shah, he moved his housing development company to England, where he built the first timber-framed prefabricated houses and introduced triple-glazed windows to the British market. While in England he and his wife, Patzi, opened a retail business, Frontier Fruit and Nut Company. Their confectionary business was so successful that Harrod’s Department Store gave them floor space in their coveted Food Hall. It was in this location that the first Jelly Bellies were introduced into England. Eventually they expanded to eight stores, including five franchisees.

Over the next years his engineering mind kicked back in gear and he started working on various inventions. The first one brought him to the United States. In 1983 he applied for and received patents for the first automated postal machine, called the Zipster. For the next ten years he worked closely with the United States Postal Service. Eventually he sold the rights to the Zipster to Pitney Bowes.

In recent years he has been working with his son, Daniel, on an invention to his next invention, which is a method of killing deadly pathogens on surfaces in a fast, environmentally friendly way. They have received five patents for this technology which is currently being developed by PathO3Gen Solutions for several consumer and medical-grade products.

Meanwhile, Asher obtained his real estate license and developed several commercial real estate projects, including a condo building in Madeira Beach and a hotel in Daytona Beach. He created Auric Films, a production company to film a movie written by his wife for Debbie Reynolds. It was scheduled to start filming in December 2008 and had received a State of Florida $5 million tax credit, when the stock market crashed. Production was cancelled and by the time financing could be arranged, Ms. Reynolds was uninsurable.

The great thing about being your own boss, Asher used to say, was that he was free to spend as much time as he wanted with his family and, because the boys, David and Daniel, were homeschooled, they could join him on his business trips. Both gifted musicians, David played the piano in Carnegie Hall at the age of 5, and Daniel was the youngest violinist accepted by the Houston Youth Symphony. Over the years the boys performed charity concerts for many organizations, often dressed as Mozart at various ages. They received awards from Hadassah, ORT and VA hospitals. They were the pride of Asher’s life.

After moving to Florida, the Gils joined Congregation B’nai Israel, where they all took an active part in the life of the synagogue. Asher was a founding member of the A-Team and on the Board, where he particularly took an interest in upgrading security measures.

Two of the proudest days in Asher’s life were when Daniel had his Bar Mitzvah at CBI and a few years later, Patzi’s Bat Mitzvah.

During the past few years loved listening to his wife’s syndicated radio program, Joy on Paper, where she has interviewed some of his favorite authors, including Nelson DeMille, the author of one of Asher’s favorite books, By the Rivers of Babylon. He also enjoyed listening for hours to Leonard Cohen.

His recent illness did not diminish his enthusiasm for life, and he was looking forward to seeing Daniel receive his PhD in Biomedical Engineering from the University of Wisconsin later this year.

He is predeceased by his son, David, and remembered with love by his wife and son; his sister, Zippi, and her children in Israel; and by his favorite cousin, Shlomo Ehrlich and his wife Tami, in San Anselmo, California, his sister-in-law Natalie Thomas and her son Michael, and by his brother- and sister-in-law, Thom and Debbie Hendrickson.

For many years, he and his wife were active Minyanaires. They enjoyed helping to ensure that the tradition of holding a minyan at CBI would continue. The family requests that donations in Asher Gil’s memory be made to Congregation B’nai Israel for Rabbi’s Discretionary Fund (https://www.cbistpete.org/payment.php).

Download the Zoom application in advance here: https://zoom.us/download#client_4meeting
Please contact Daniel at 202-744-6478 if you are considering attending the funeral in person.

Download the Zoom application in advance here: https://zoom.us/download#client_4meeting
For the remainder of Shiva, through July 14, we welcome phone calls at 727-953-8722 between 4:00PM and 6:00PM for those wishing to share memories of Asher.

Congregation B’nai Israel of St. Petersburg Daily Minyan
The family will be able to recite Mourner’s Kaddish during these daily prayer services.
Morning: Monday-Friday at 8:30AM ET, Sunday at 9:00AM ET
Afternoon/Evening: Sunday-Thursday at 6:30PM ET

To plant a tree in memory of Asher Gil, please visit Tribute Store

Share Your Memory of
Asher
Upload Your Memory View All Memories
Be the first to upload a memory!
Share A Memory
Plant a Tree