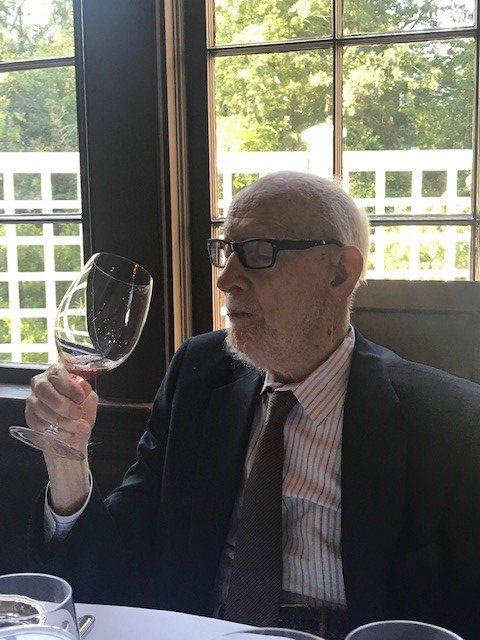 Dr. David M Snyder passed away peacefully July 6, 2020 at Suncoast Hospice in Palm Harbor, FL. He would have been 96 on August 8.

David was born to his parents, the former Ester Cohen and Ben Snyder in Rochester, NY. After he graduated high school David enlisted in the US Navy and served honorably with the Seabees being discharged in 1947. Using the GI Bill, David attended and received his Bachelors and Masters Degrees from the University of Miami. During this time he met his first wife. They married in 1953 and had two daughters. They subsequently were divorced in 1969. David then went to NYU where he received his PhD in psychology.

David worked for GE in Syracuse, NY and then for Volt Technical Services in NYC where he spent the remainder of his career, retiring at the age of 80 as a Vice President. While David was at Volt he met the love of his life, Deanna. They married in 1970 and were married for almost fifty years when she passed away in March, 2020.

David loved to travel. His work took him to the Far East, Europe and Melbourne, Australia where he and Deanna lived for 3 years. David loved to play golf so when he retired he moved to Aiken, SC where he golfed almost every day into his 90s. He also was an avid reader.

David will be cremated and his and Deanna’s ashes will be reunited at Bay Pines National Cemetery. Military burial with honors will occur at a later date.

The family has asked for donations to be made to Suncoast Hospice, 2675 Tampa Rd. Palm Harbor, FL 34684 if you so wish.

The care of Dr. Snyder and his family has been entrusted to David C. Gross Funeral Home in St. Petersburg.

To plant a tree in memory of David Snyder, please visit Tribute Store

Share Your Memory of
David
Upload Your Memory View All Memories
Be the first to upload a memory!
Share A Memory
Plant a Tree