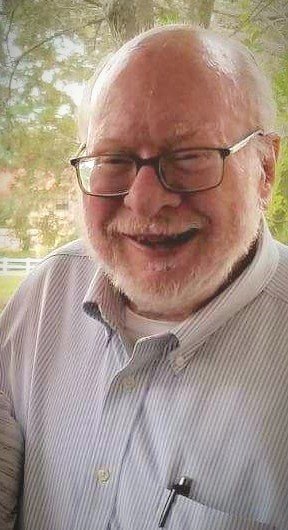 Donald Robert Wolfgang, 75, passed away on April 11, 2020 at Addington Place College Harbor in Saint Petersburg, FL. Born in Philadelphia, PA, he was the son of Donald Monroe and Sara (Fitzmorris) Wolfgang. He attended the University of Pennsylvania and later obtained his master’s degree at Rensselaer Polytechnic Institute. He was employed as an aerospace engineer at GE Aviation in Lynn, MA for 23 years. He was a member of Community Covenant Church in West Peabody, MA. He enjoyed all things related to planes, trains, and boats. He sailed for many years on his own sailboat moored in Connecticut. His passion and admiration for heritage steam engine trains ran deep. He volunteered many hours to the Valley Railroad Company since its inception in 1971. He will be remembered for his steadfastness, humor, willingness to teach others, and love of family. He is survived by his daughter, Kristen Wolfgang Rynerson and her husband Rob, grandson Ethan, former spouse Deborah Brown Wolfgang, and siblings Kenneth Wolfgang and Dr. Carol Maddox. Memorial donations may be made to Friends of the Valley Railroad at One Railroad Avenue P.O. Box 452 Essex, CT 06426 or to Community Covenant Church at 33 Lake St. Peabody, MA 01960.  A Celebration of Life will be held at a later date.

The care of Donald and his family have been entrusted to David C. Gross Funeral Home in St. Petersburg.

To send flowers to the family or plant a tree in memory of Donald Wolfgang, please visit Tribute Store