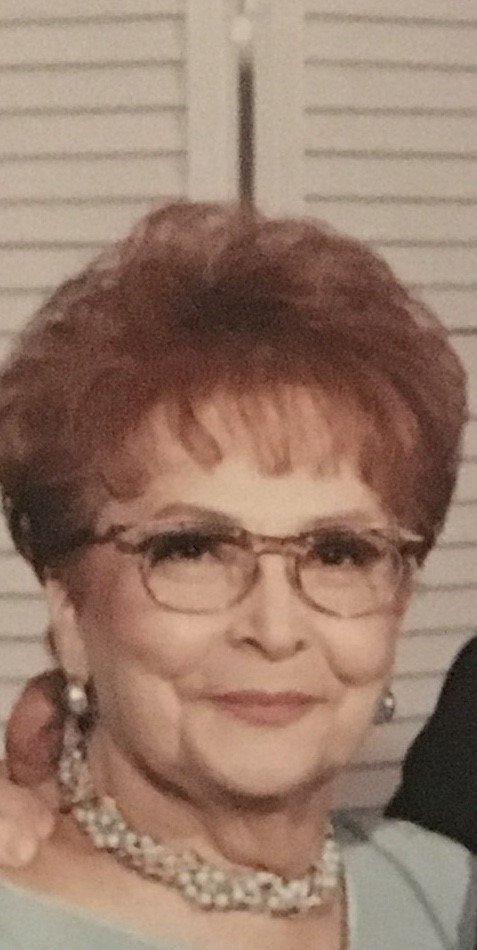 Dorothy (Dotty) Goldblatt was born on Dec.23,1926 in Brooklyn, NY and passed away in St.Petersburg on Dec.30, 2019.  She graduated from Lafayette High School in Brooklyn where she was voted the “prettiest girl “ in her high school class. Her “claim to fame” was that she danced with singer, Vic Damone, at her high school prom. She was the daughter of Sarah, a seamstress and homemaker, and Louis Pincus, a furrier.  She was predeceased by her husband, Maury Goldblatt, her daughter, Karen Murburg, her 2 brothers, Benny and Harold Pincus, and her 2 grandsons, Oren Bonhardy and Ehren Murburg.   Her survivors include: her 3 daughters, Jayne (Ronnie) Weissman, Fran (Raﬃe) Bonhardy, and Ilene Goldblatt.  She also is survived by her 5 grandchildren, Jason Weissman, Stacy (Jamie) Rosenberg, Dayah Bonhardy, Sherri (Lucas) Levine, and Erica (Matt) Munz.  She also leaves behind her cherished 8 great-grandchildren: Logan, Laney, Jake, Landon, Drew, Jack, Ehren, & Blake and many beloved nieces, nephews, greatnieces, and great-nephews.   Dotty and Maury married at The Brooklyn Jewish Center on Mar.9, 1947 and eventually moved to St.Petersburg from Roslyn, Long Island, NY in August 1955. They brought with them many family members, and employees of their business, Guild Industries, which later became known as Crest Cabinet Mfg. Corp. The business remained in the family until closing in June, 2018.   They quickly enveloped themselves into all aspects of Jewish life in their new St.Petersburg community, joining Congregation B’nai Israel in 1955.   Dotty was a lifetime member of Hadassah, a past president and board member of CBI Sisterhood, a volunteer at Menorah Manor and PARC., and a member of The Technion.  She and Maury were honored twice by Israel Bonds and they belonged to APAI, American Parents of American Israeli’s. She and Maury participated in CBI Broadway musicals, holiday events, and their home was always “on loan” for numerous organizations, meetings, and social gatherings. Dotty particularly enjoyed playing Mah Jongg for over 50 years with the same group of ladies.  She also participated in tennis and in bowling leagues at Ten Pin Lanes. She continued cooking, baking, shopping, re-decorating, and traveling for as long as she was able. Her family was the love of her life and she looked forward to receiving as many photos of them as possible. As the family matriarch, she was adored by all and will be remembered for the life lessons she instilled in each of us.

In lieu of flowers, the family suggests memorial donations be made to Congregation B'nai Israel or Menorah Manor.

To send flowers to the family or plant a tree in memory of Dorothy Goldblatt, please visit Tribute Store

Share Your Memory of
Dorothy
Upload Your Memory View All Memories
Be the first to upload a memory!
Share A Memory
Send Flowers