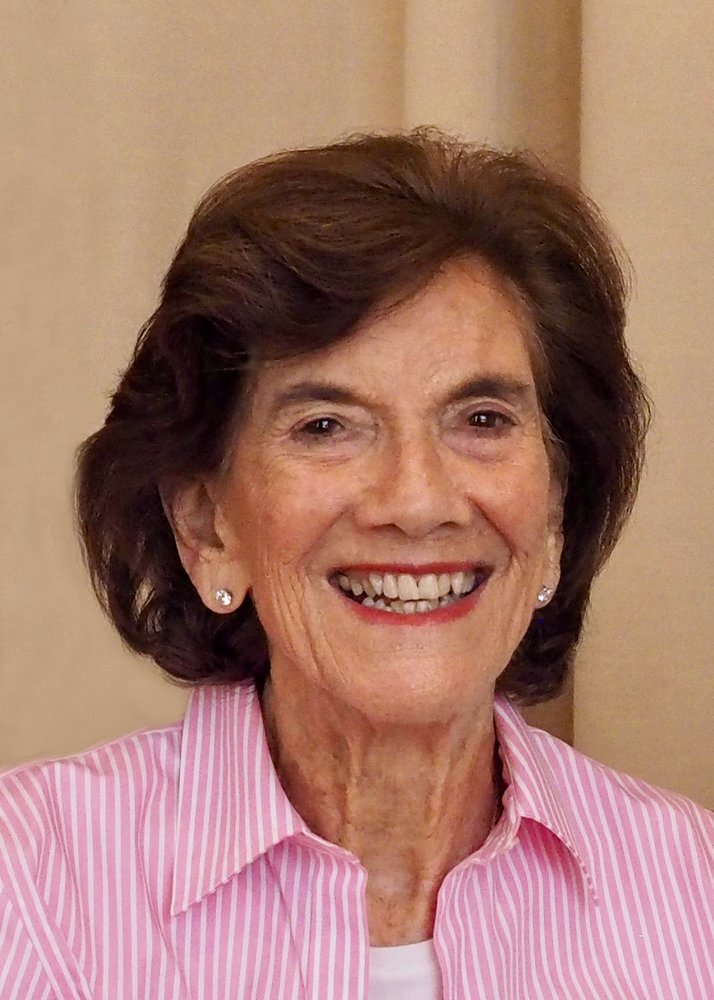 Jane Esther Silverberg, of St. Petersburg, FL passed away on December 11, 2019. She was a public school teacher, community activist, business leader and philanthropist.

Born in St. Petersburg, FL on October 2, 1930, Jane Esther Goldman was a native Floridian, living her entire life in the Sunshine City. After graduating from St. Petersburg High School, she studied at Sophie Newcomb College, now known as Tulane University, and transferred to the University of Michigan where she graduated with degrees in Social Studies and Education.  Jane returned home to teach eighth-grade American History at South Side Junior High throughout the 1950s.

In 1953, Jane Goldman married her sweetheart Don Silverberg, a childhood friend with whom she reconnected upon his return from the army. In 1968, Jane and Don founded Silverberg Jewelry Company. Working together for nearly thirty years, they grew the business from a single store into a regional jewelry chain with five locations across the Tampa Bay area and beyond.

Throughout her life, Jane stayed active in local and national politics. She ran for St. Petersburg City Council in 1971 and for the Florida Legislature in 1976.  Jane ran close races, personally knocking on countless doors and making innumerable phone calls.  Jane brought the same enthusiasm and dogged determination to many other Democratic campaigns.  In 1992, Jane was elected to be a delegate to the Democratic National Convention that nominated Bill Clinton.

But the campaign Jane was most proud to have been involved in was the Civil Rights Movement. In 1968, Jane marched with St. Petersburg’s striking sanitation workers to promote better pay and working conditions.  Jane and Don were active members of the NAACP, and integrated local restaurants with their African American friends. They also hosted a reception for Coretta Scott King in their home.

In addition to her business and politics, Jane wrote a nationally syndicated newspaper column called “Serving Seniors” in the mid-1960s. This column for the Chicago Tribune New York News Syndicate helped the elderly deal with their problems, one of the biggest of which was the new Medicare Act.

Jane maintained a deep involvement in the local community, taking an active role in many civic and Jewish organizations. Jane was most proud of her work with St. Petersburg College—she and Don established The Silverberg Endowment for Academic Excellence in 1982 and the Silverberg Community Center at the Bay Pines STEM campus, which opened in 2017. Jane and Don were also founding benefactors of Menorah Manor. Jane served on the St. Petersburg Housing Authority from 1973-1978 and on the boards of National Conference for Community and Justice from 1979-1985, and the American Stage Theater in the 1980s and 1990s. Jane was very active at Congregation B’nai Israel of St. Petersburg, where she attended services regularly. Jane volunteered at Lakeview Elementary School and was a docent at the Holocaust Museum.  She enjoyed painting, was an avid reader and was very fond of poetry up to very end. Jane is survived by her brother, Sanford Goldman (Mary Davenport), three children—Terri (Jay Gross), Edward (Cindy Fletcher), and Thomas (Shevy)—all of St. Petersburg, seven grandchildren, Joseph, Evie, Rachel, Noah, Maya, David and Sarah, and four great grandchildren.  Services will be held at Congregation B’nai Israel December 13, 2019 at 11 am, followed by interment at Chapel Hill Memorial Park in Largo.

In lieu of flowers, contributions to Congregation B’nai Israel of St. Petersburg are appreciated. Online guest book at davidcgross.com.

To send flowers to the family or plant a tree in memory of Jane Silverberg, please visit Tribute Store

Share Your Memory of
Jane
Upload Your Memory View All Memories
Be the first to upload a memory!
Share A Memory
Send Flowers