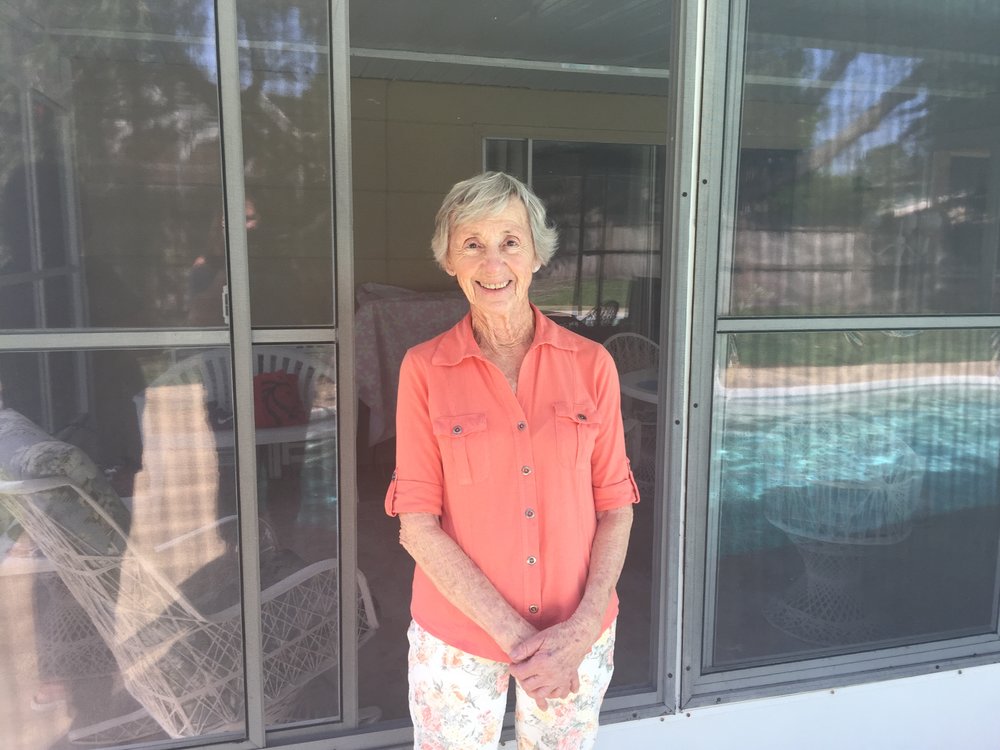 Obituary of Catherine B Curry

Catherine B. Curry (LaRuffa) passed away peacefully and surrounded by her family at the age of 87 on November 2, 2019.

Catherine would be the first to tell you she had a blessed life filled with family, friends, love, laughter, happiness and strength in the face of hardship. Catherine loved family, food and fun and brought those things together countless times for Sunday dinners and family gatherings at her home. Catherine was an amazing cook, from pasta and homemade sauce to corned beef and cabbage. She also was a gracious host who opened her home to her children’s friends and their friends’ friends, for that matter. Thanksgiving Day dinner table conversations went down in family folklore. Christmas Eve and St. Patrick’s Day were legendary. A St. Patrick’s Day Party in suburban Largo, Florida would end with a parade of Italian-American sisters from New York marching around a swimming pool to Frank Sinatra music.

Catherine was born on May 28, 1932 in Oyster Bay, New York to Frank and Angelina LaRuffa, Italian immigrants who came to America to make a better life for themselves and their children. Catherine was the third-youngest of 11 children in a large but tight-knit family. After graduating high school, Catherine went on to work in the benefits and insurance field, ultimately meeting her future husband at the Equitable insurance company in Manhattan.

Catherine and her husband George enjoyed spending time with their close friends from the Knights of Columbus Morris Park Council 566 as well as participating in activities at their parish of Our Lady of the Cenacle.

In 1978, George and Catherine moved the family to Florida so George could take a new position in his career with the Department of Defense. They made new friends in Florida, but never lost those New York ties. Family and friends from New York visited on frequent vacations, with Catherine’s brother, Joe, and several of her sisters eventually moving to Florida part of the year. Catherine, George and their children also visited New York frequently on vacations to see family and friends.

Together, they shared several milestones in their children’s lives — graduations, their daughter Rosemary’s wedding and the birth of their first two grandchildren.

In August of 1991, George died in a car crash while he and Catherine were returning from dropping their son Christopher off to begin college at the University of Notre Dame. Catherine lost the love of her life, but the day also delivered a great blessing when Catherine’s children and family did not lose her. After George’s passing, Catherine proved herself — at five feet tall and roughly 100 pounds — to be one of the toughest people you will ever meet. A pillar of strength for her family, Catherine always cherished George in her heart and memories while also living her life to the fullest. In the years since he passed, she saw three more of her children marry and watched her grandchildren grow. She loved family outings — listening to music at Irish pubs, rooting on the Tampa Bay Rays, winning at the horse track and visiting Disney World.

She also got together with her New York family frequently on vacations and at the weddings of several beloved nieces and nephews. At a family wedding reception, Catherine and her sisters were a sight to behold. They danced for hours, smoked cigars and exchanged volleys of cheers back and forth from the tables where they were seated. Catherine traveled the country and the world from Vegas to Venice, Italy, often accompanied by her sisters or her daughter, Angela. A devout Catholic and a member of St. Catherine of Siena parish in Largo, Catherine found strength in her faith. She traveled to the Vatican and the Holy Land. In 2015, Catherine traveled to Philadelphia with her daughter Cathleen and granddaughter Sofia for Pope Francis’ visit to the United States.

Catherine will be dearly missed. She has instilled the importance of faith, family, love and tradition in her children and grandchildren who will carry on her legacy with loving care, sharing those values that she taught them so well.

Share Your Memory of
Catherine
Upload Your Memory View All Memories
Be the first to upload a memory!