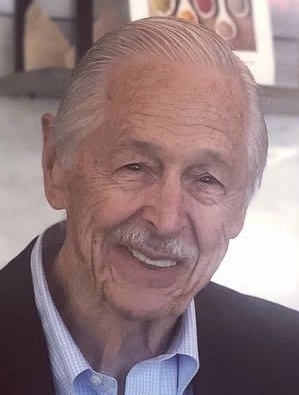 George Phelps Clayson III, 89, of St. Pete Beach, FL and Newport, RI, passed away peacefully on Friday, November 4th, after an illness. Born and raised in Pittsfield, MA, he graduated from South Kent School in 1952 and Brown University in 1956 where he majored in Classics. Following his graduation from Brown, he joined the Industrial National Bank in Providence, RI, where he spent his career rising to Executive Vice President. George spent his last ten years with Fleet Financial Group managing their UK London Branch.

He had an adventurous spirit, always ready to explore or experience something new whether as a “roustabout” for Ringling Bros. And Barnum & Bailey Circus or as an Army communications specialist in Eritrea, East Africa.

George was an artist and an inventor, and an avid collector of English antiques. He was a wonderful story-teller who engaged those around him whether old friends or new acquaintances, with a wry smile and a funny anecdote. He will be deeply missed.

A Memorial service will be held early next year in Newport, RI.