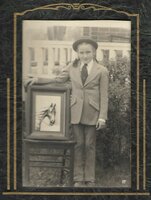 JANET ROSE REED, 85, of Treasure Island Florida passed away at home on September 27, 2021. The daughter of Robert and Nellie (Lyon) Reed was born in Rochester Indiana on April 28, 1936. Her formative years were spent in Mentone Indiana where she enjoyed the rural life and had a special affiliation for horses, winning riding awards in her youth. She was a pioneer for women, having graduated from Purdue University in 1959 with a B.S. in Civil Engineering and becoming one of the nation’s first female engineers. During her career she worked for Austin company of Cleveland Ohio, H.K. Ferguson of Cleveland Ohio, and Corn Products of Argo Illinois. As a Project Engineer/Manager she traveled extensively utilizing her experience in Industrial and commercial concrete/steel design and detailing. Jan retired in 1993, selling her home in Willow Springs Illinois and moving to Treasure Island Florida for the winters while enjoying her condo in Blowing Rock N.C. and cottage at Lake Manitou in Indiana with friends and family during the summers. She sold Blowing Rock in 2007 and started enjoying summers with friends and family at a cabin in Ellijay GA. Her love of golf, fishing, riding horses, and playing bridge brought her a variety of friends and acquaintances. Jan was a member of the American Society of Civil Engineers, The American Concrete Institute, and The American Association of Cost Engineers. She was also a member of the Eastern Star and the American Legion Auxiliary. A Celebration of Life will be held at a future date.

The care of Ms. Reed and her family has been entrusted to David C. Gross Funeral Home in St. Petersburg.