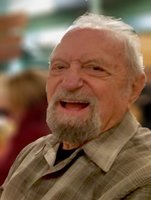 90, formerly of West Brownsville, Pennsylvania passed away on Sunday, July 25, 2021 after a tragic fall. He earned his undergraduate degree at Southern Illinois University, and his Doctorate at the University of Illinois in 1964. During Phil’s years at SIU he became a member of the Track and Field team. His love of running continued even after his college and US Army years culminating in competing as a steeplechase runner on the US team in both the 1956 and 1960 Olympics. In 1959 he won the gold medal in the Steeplechase at the Pan American Games.

Phil spent the bulk of his career at California University of Pennsylvania where he served as the Dean of Liberal Arts, English Professor, and part-time track coach starting in 1967 and retiring in 1998.

Phil celebrated the outdoors by hiking, paddling and cross-country skiing. He sought protection for these lands through his work with the Pennsylvania Sierra Club and other environmental non-profits.

Upon moving to Florida in 2010, Phil became very active in ASPEC at Eckerd College and the Acting Up group at Westminster Suncoast. He wrote novels, short stories and poetry inspired by nature.

Phil always made time to enjoy a game of Bridge, a glass of red wine or dinner out with friends and family.  He loved a shaggy dog story. He was smart, fun, compassionate and engaging up to his very last days.

Phil is preceded in death by his wife of 51 years, Wyona, his parents Claude and Hazel, sister Dorothy and brothers Robert, Richard, and John.  He is survived by sons Philip and David (Tammy), and daughter Sydney Willis (Victor) along with grandchildren Jose Pablo, Ryan, David, Alexandre, Vic Jr., Kari, and Kati. He was also much beloved by many nieces, nephews, and the wonderful friends he met along the way.

A memorial will be held in September in Pennsylvania. If desired, friends may make memorial contributions to the Pennsylvania Chapter of the Sierra Club or the Center for Coalfield Justice in Washington, PA.

The care of Mr. Coleman and his family has been entrusted to David C. Gross Funeral Home in St. Petersburg.